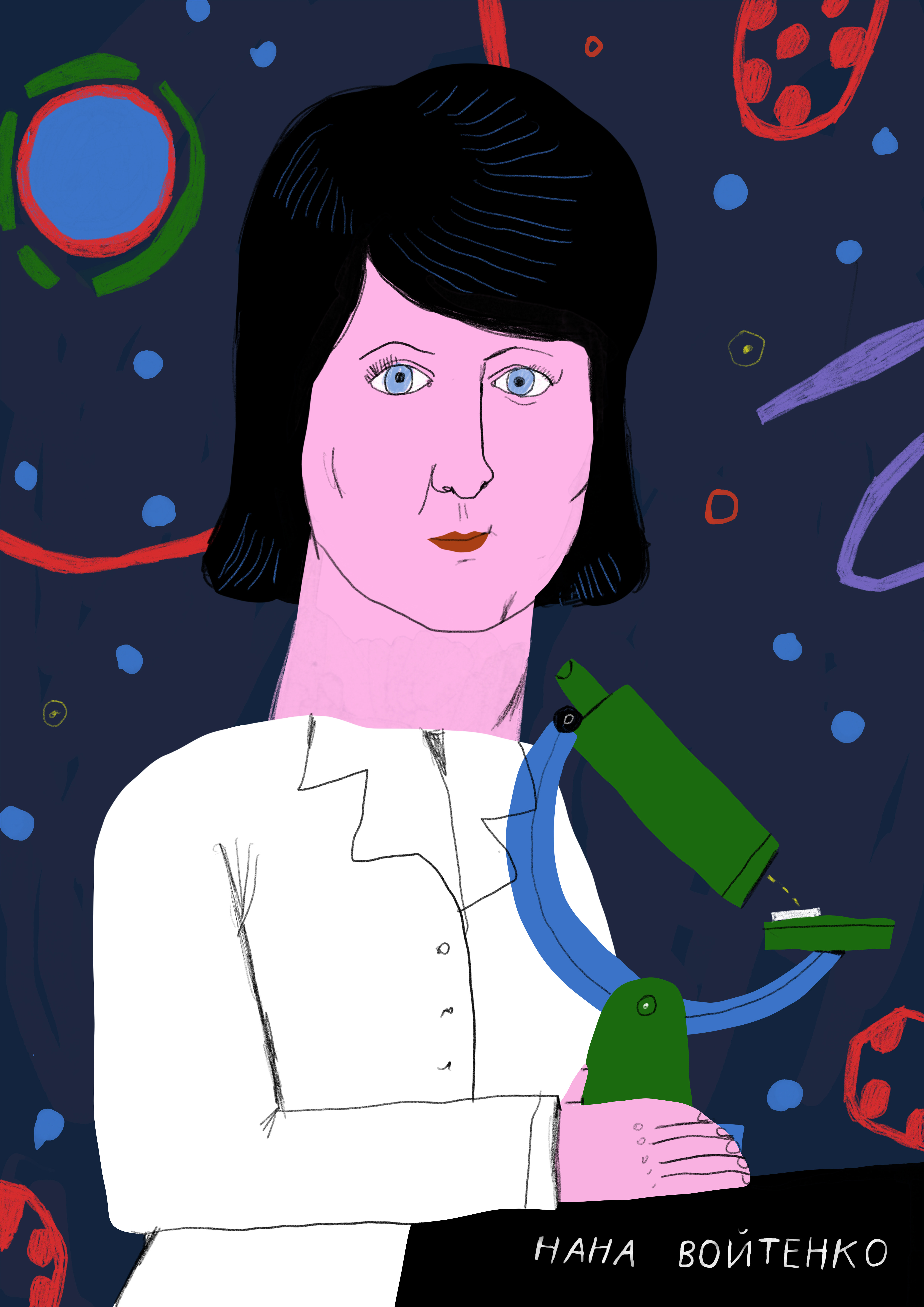 no one ever understands them

and suddenly you show up

life threw hurdles in your path

you made it anyway

you were standing restlessly under the windows –

“woman again?” – they shouted spitefully to you

but in the end, you managed to found the one you needed

and your flight began

everything was spinning in Kyiv –

(at an institute that I, by the way, dream of)

there you earned a Ph.D. in biosciences

you stood steadily in the best labs of the Earth

and then, as in the land of dreams

you embraced the best positions

and embraced the people with your knowledge and kindness

I could write a long story about your merits

but about you – you must agree –

blood of Athena and Kronos

your scientific strata are the better teller

so, even though it was clumsy - but somehow, I still managed

to make a poem from the theses, articles, and letters:

Hermes of the cell space

the head of thoughts from birth and forever

and show that one shouldn’t be afraid of pain –

but dress in the armor of science –

that’s how we touch something painfully known

(I don’t know what about the heartache, by the way)

Calcium is directed right to the AMPA receptors

of our cell gates

and as in war so cruelly and masterly

Stroke after stroke; battle after battle;

the foundation is crushed (a protein anchor)

the dead was replaced with a new ridiculous channel

ions are pouring out like rain in July through it

calcium in the cell - the neuron feels fireworks of pain

so what about man, as this war goes on every day –

and every day to lose this bloody hateful fight

and you suddenly appeared

a heroine from movies –

but a micropipette instead of a sword

and managed to strengthen that receptor wall

as if there was no battle in the cell

yes, I know here they were waiting for opinions in prose

this poem will be sent, not a too specific essay

and maybe when you meet me working

who has never been able to speak in prose

and your pain doesn’t hurt

it makes us proud –

that our girls produce such thoughts

I’m proud and indeed admire you

and want to be like you in the future

you balm the pain and do it for a reason

so, let’s see in a year or two

as they between the Nobel Peace Prize seniors