Daria Kovgan from Zaporizhzhia won the Grand Prix of the module "IT: eLearning" from STEM is FEM

17-year-old schoolgirl from Zaporizhzhia Daria Kovgan took the first place in the technical competition of the module "IT: eLearning" from the charity educational project STEM is FEM. The girl developed the best prototype of an educational application.The partner of the module is the international educational online platform Preply. 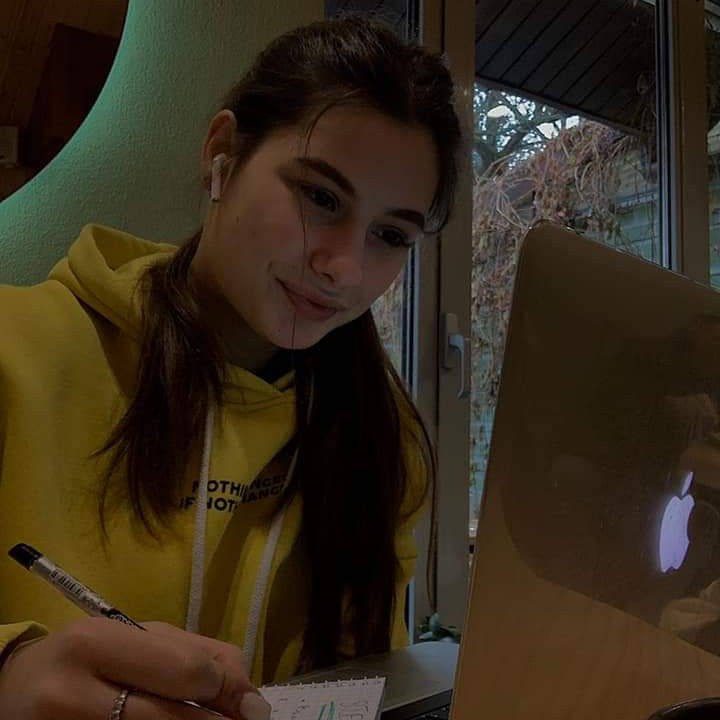 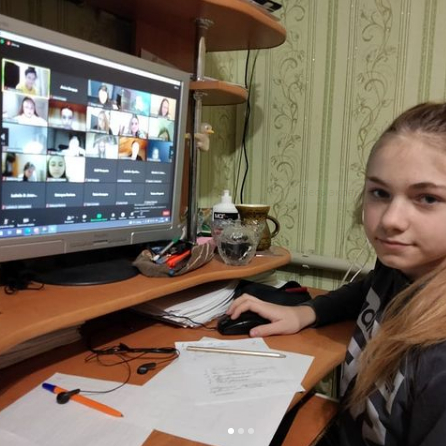 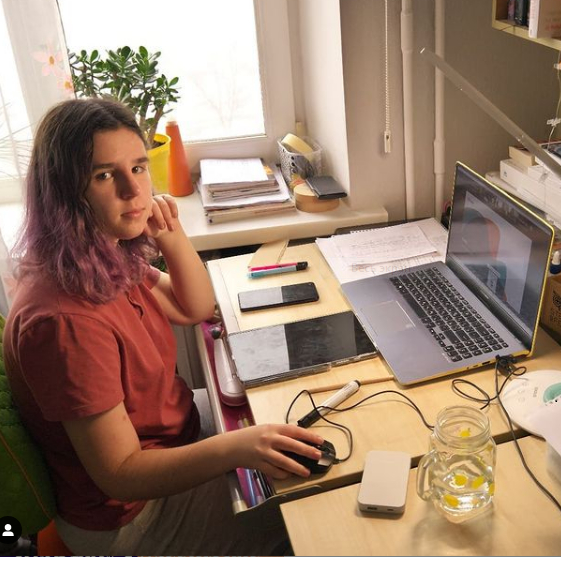 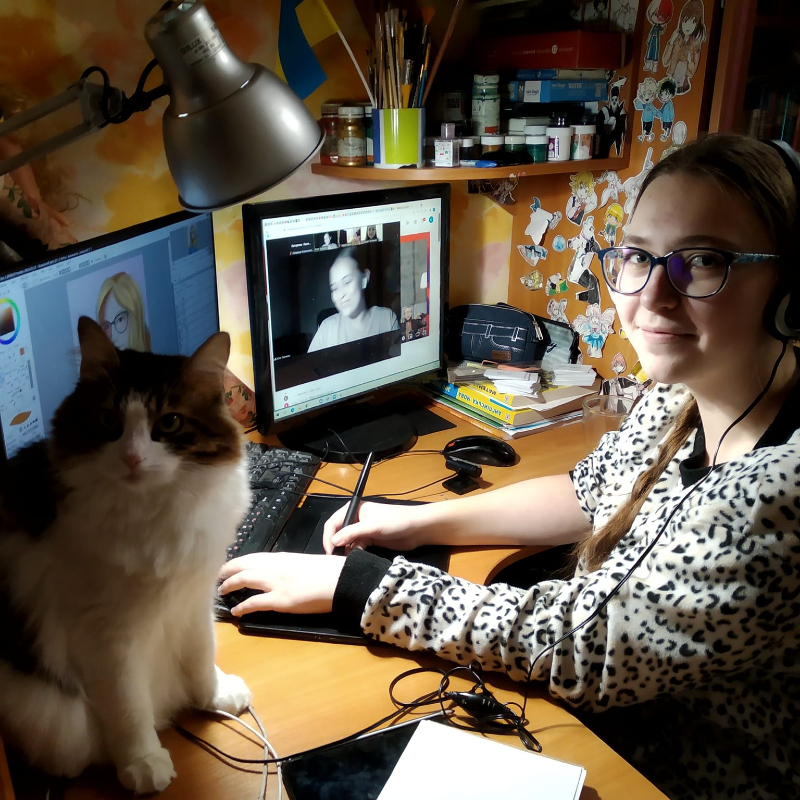 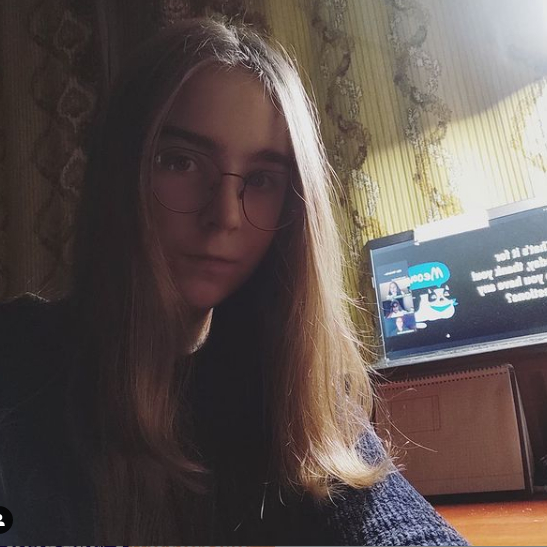 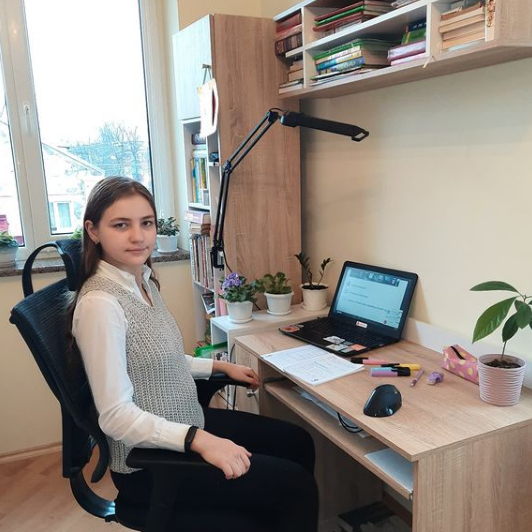 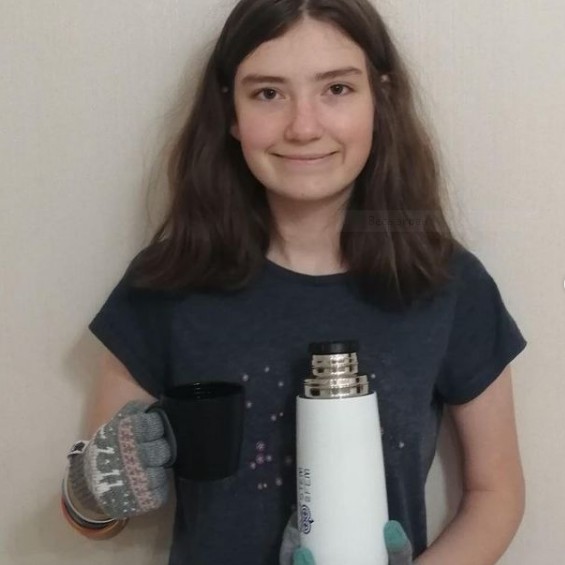 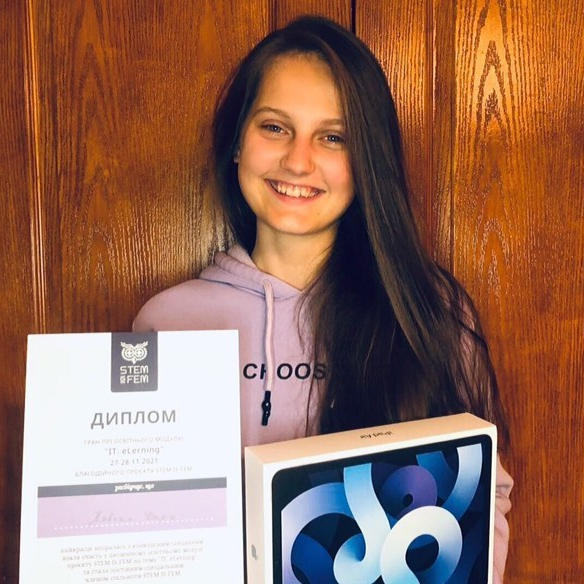 Daria Kovgan from Zaporizhzhia won the Grand Prix of the module "IT: eLearning" from STEM is FEM. The girl developed the best prototype of an educational application.

17-year-old schoolgirl from Zaporizhzhia Daria Kovgan took the first place in the technical competition of the  module "IT: eLearning" from the charity educational project STEM is FEM.

The task of the competition was to develop a prototype of an educational digital product - a website or application. The girl conducted a survey and found that most students have problems preparing for the EIT. They became the main target audience of her mobile application "Easy Subjects". The fictional program teaches algebra and geometry.

"The essence of the program: a cheerful picture or a mini-game is selected for each algebraic rule, which explains the material in accessible language. The student then mentions any term, associating it with a picture. As for geometry - the most important thing is to learn to imagine figures in space and "feel" the figure. In the "Easy Subjects" program, you can reduce or enlarge a three-dimensional figure, look at it from above and below, go inside and look closely, " - Daria explained.

For the first place the girl received a main prize - an Apple iPad 128Gb tablet, a $200 deposit for training on the Preply platform and a personal meeting with the company's co-founders in the Kyiv office.

The works were evaluated by experienced experts. The member of the jury, Product Designer of Preply Virginia de Colombani, noted that the contestants showed a remarkable ability to learn quickly.

"We were pleasantly surprised by what we saw, and we are very proud of these girls. The fact that they did so much work in just two days is really impressive," - de Colombani said.

The second place was taken by three participants at once: Tetyana Shapoval from Yuzhnoukrainsk, Nelly Tarapata from Dnipro and Vlada Sadova from Bohatyrivka, Zaporizhia region.

Tatiana Shapoval proposed an application for career guidance, which provides recommendations for choosing a profession based on a survey.

"I know this problem. At the age of 16-17, it is very difficult to understand what you want to do. The uniqueness of my project is that it carefully analyzes the personality: the psychological component, hobbies, abilities. Based on these data, the program draws up a plan according to which you can prepare well for the exams and successfully enter the university, "- Tatiana explained.

Nellie Tarapata has introduced an application that translates the process of online learning into a game format. The concept of the schoolgirl is based on the fact that the application should not only teach but also entertain the user. After all, during distance learning there is no live communication with classmates, so the motivation to learn decreases.

"The good solution would be an application that will provide an interesting lesson plan. Teachers do not have as much time to generate new ideas, and the application will be able to offer to play a quiz, watch a video, give useful advice on how to consolidate knowledge. The main thing is to get away from monotonous classes and arouse the interest of students, " - Nellie explained.

"It is extremely inconvenient to use reference materials on the covers of textbooks - to flip through the book here and there. The digital application will contain a personalized collection of interactive tables and user materials - everything is very convenient and clear," – Vlada told.

For the second place in the competition, the girls received a deposit of $200 for learning foreign languages ​​with Preply teachers and books with personal signatures of the platform's leaders.

Among the participants of the module, the organizers held a photo contest, the winners were chosen by the methoud of random numbers. Alina Bondar, Nata Kryvoberets and Maria Schul won the contest and received the book "You're kidding, Mr. Feynman!", written by Nobel Laureate in Physics Richard Feynman as a gift. All participants received packages with souvenirs in memory of the educational weekend with STEM is FEM.

The international educational online platform Preply became a partner of the module "IT: eLearning".

The module was supported by the grant "The girls' fund" from the international organization «We Are Purposeful», which cultivates women's leadership and participates in the global campaign by UN Women "Generation of Equality".