"The ball is in your court", - Sabrina Gildehaus on Mechanical Engineering module

Gildehaus CEO Sabrina Gildehaus left her job at a German giant company and moved to Kyiv. Here, she founded her own company that supports and invests in young Ukrainian fashion brands that lack sufficient capital and operational expertise to enter Western European markets. During the module on Mechanical Engineering, Sabrina told the participants of the venue about her way and what allows her to get to the top. 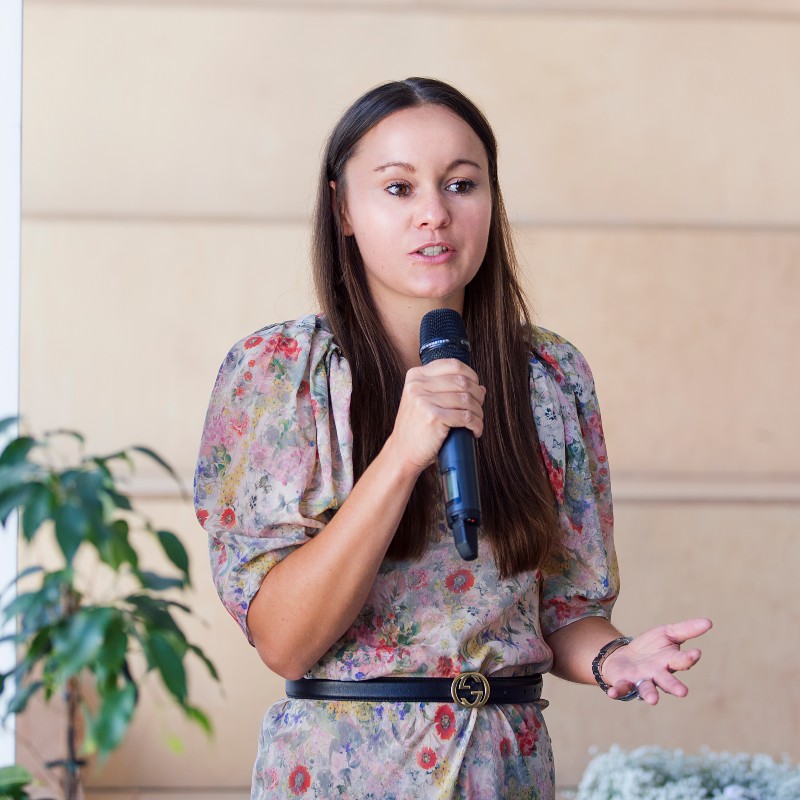 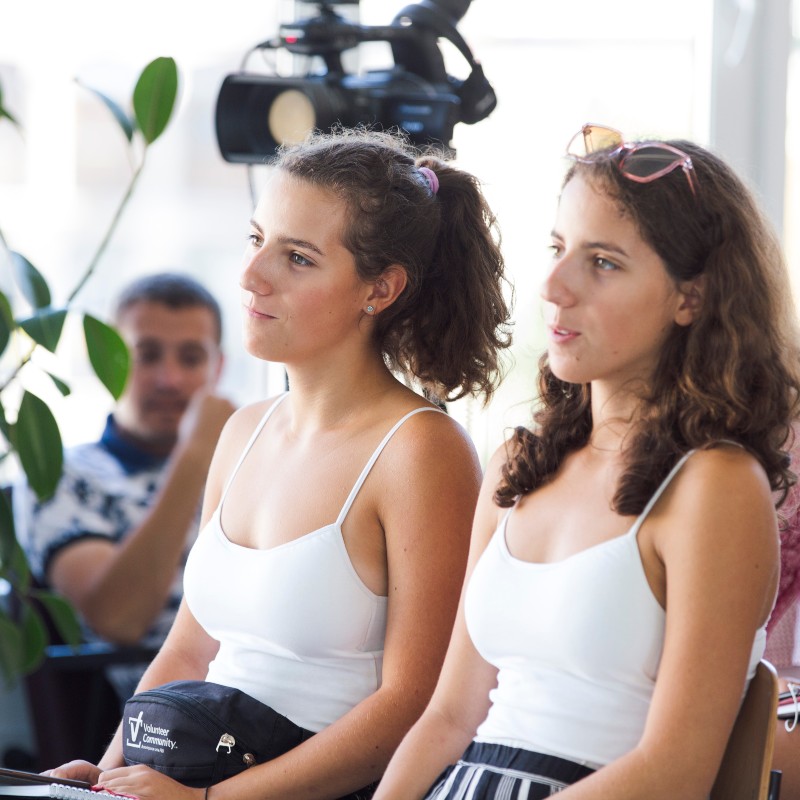 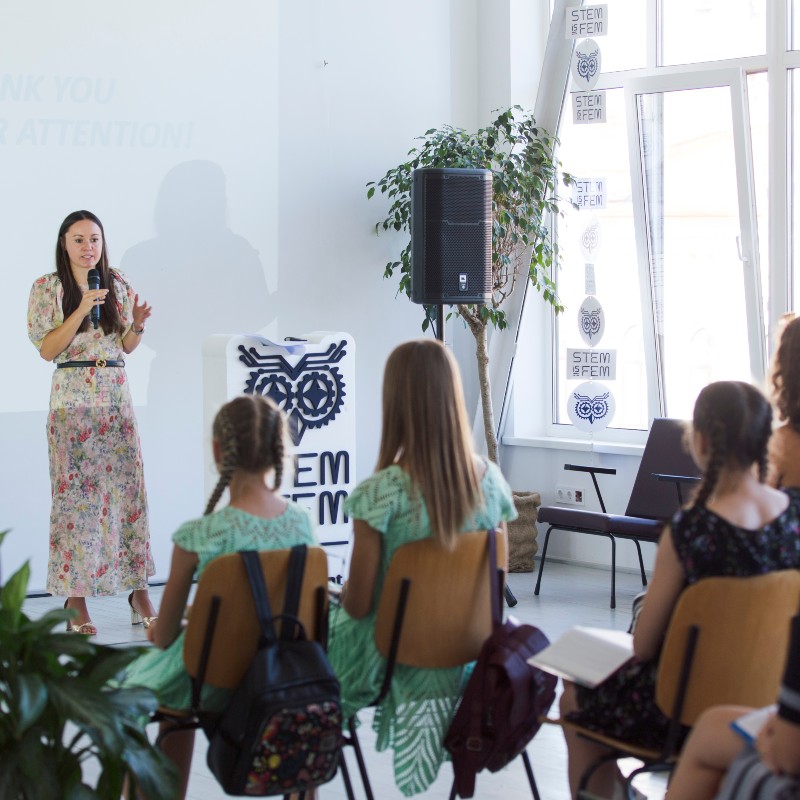 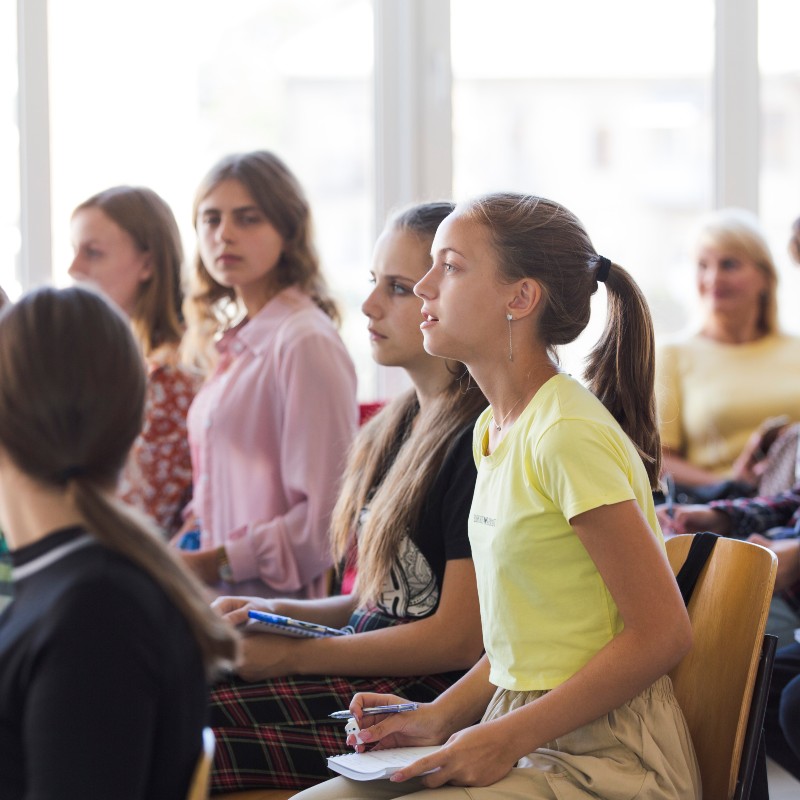 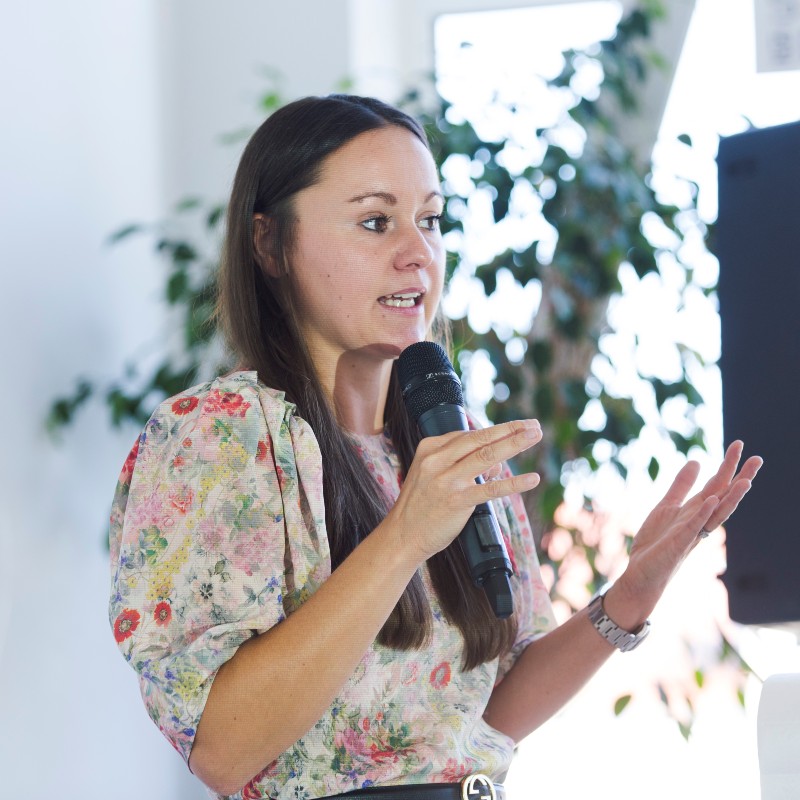 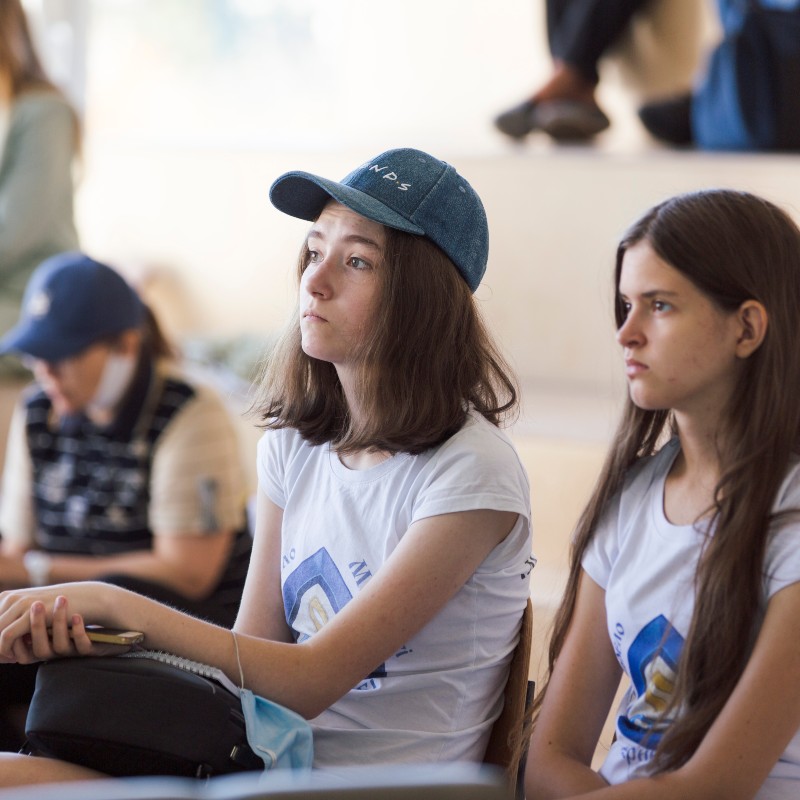 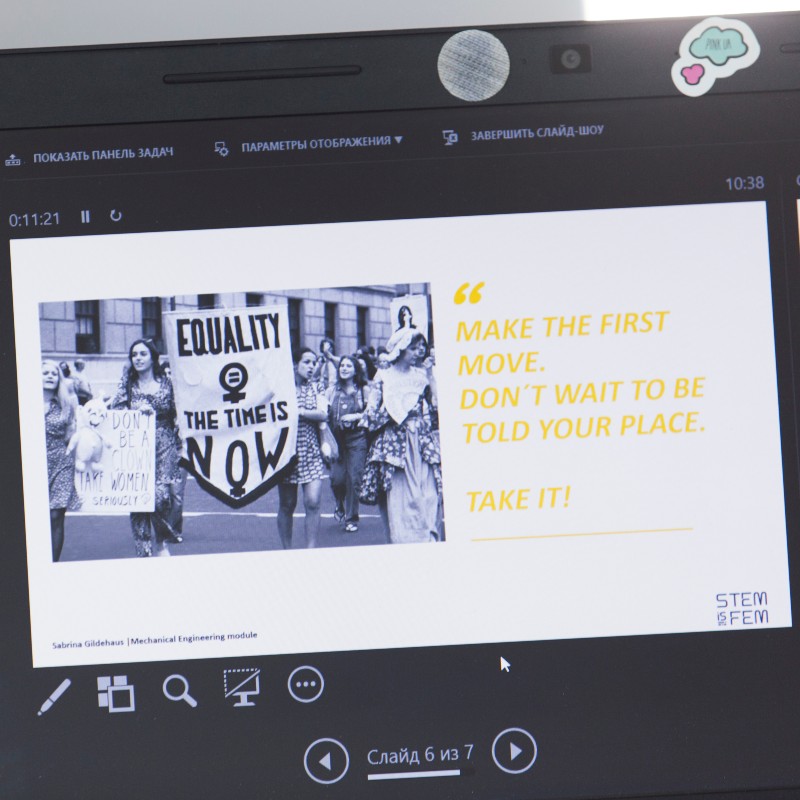 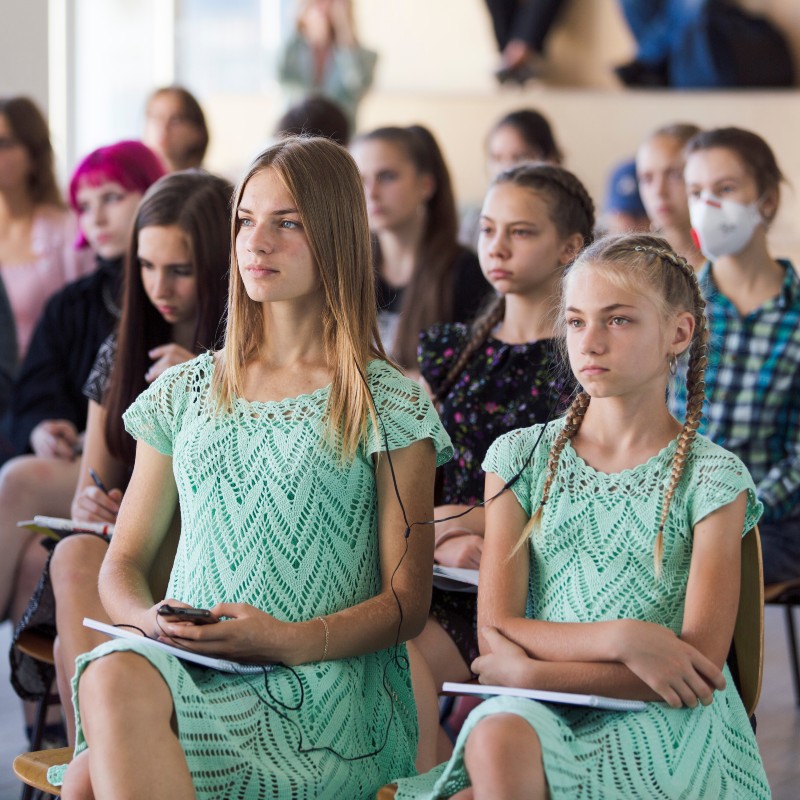 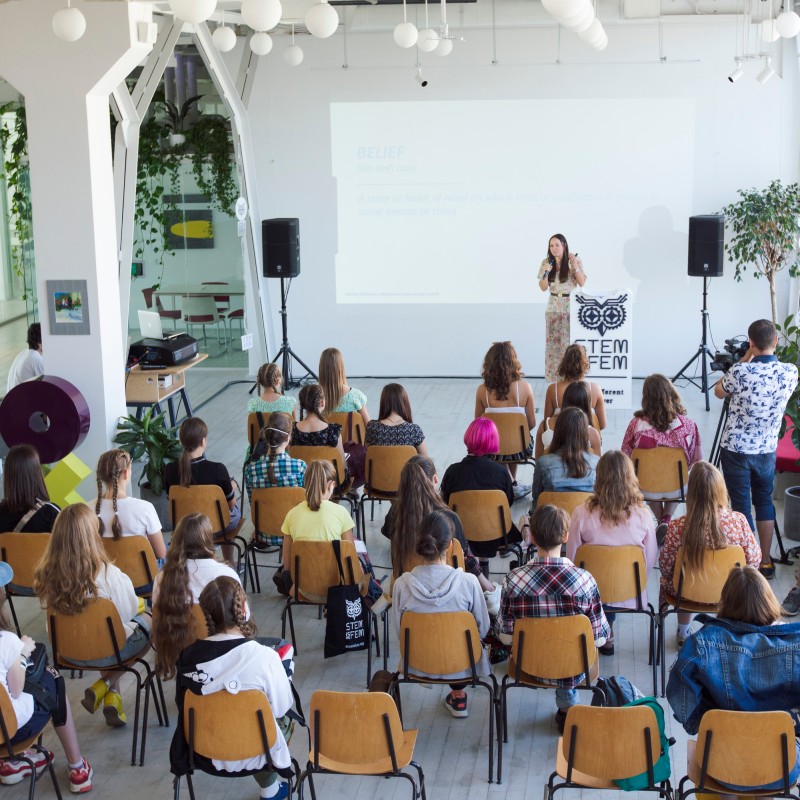 Gildehaus CEO Sabrina Gildehaus has fourteen-year experience in the fashion industry. Two years ago, she made a bright turn in her career when she left her job at a German giant company and moved to Kyiv. Here, she founded her own company that supports and invests in young Ukrainian fashion brands that lack sufficient capital and operational expertise to enter Western European markets. Gildehaus became a partner of STEM is FEM, and during the module on Mechanical Engineering, Sabrina told the participants of the venue about her way and what allows her to get to the top.

Sabrina Gildehaus was born in a small town in Western Germany. She got a master's degree in economics and worked for fourteen years in the fashion industry. In 2017, she was working for Zalando, Europe's largest fashion retailer. Sabrina was heading the footwear and accessories buying department, managing 50 people, working with 400 brands. A department's year turnover was € 1 billion. However, not everyone was impressed by her success:

'I am very grateful for my experience in the fashion industry. I met a lot of strong, motivating, inspiring women. And I remember well what they taught me along the way. However, while working in this industry, I was often confronted with sentences like: of course, fashion and beauty are the industries where women can get in such positions. Sentences like this made me angry, let me feel so little. And that was the moment where I started questioning gender-based assumptions and that political, economic and social equality is still a bit of a theory”, said Sabrina.

When Sabrina was a teenager, her favourite hobby was tennis. She started playing at the age of five, and when she was older, she used every free minute to practice and hone her skills. She liked that she could play alone on the court, control everything, and she didn't have to rely on anyone else. She liked that she could fight for every ball the way she wanted, train as much and as intensely as she decided to. Later, the experience of making independent decisions helped her a lot. But there was also another quite important aspect in this sport.

'I liked that I was surrounded by a lot of girls of my age who had the same passion as me. We had a common passion and a common spirit. This community helped me to find a very important aspect in myself. We supported each other, pushed each other to accomplishments, and together with them, I felt that I could win the game, be better, that I could achieve something. Not only in sports, but in general. I carried that feeling of self-confidence throughout my life in my career,' Sabrina recalls.

Two years ago, Sabrina left her job at Zalando, moved to Kyiv, and started her own company in order to work with young Ukrainian fashion designers and creative talents. She couldn't speak Ukrainian, she didn't know anyone in Kyiv, so she had to start from scratch. But being self-confident, Sabrina believed that everything would be fine.

'You have to believe in yourself before others believe in you. You've got to understand what makes you unique, what you want to do and not be afraid of that feeling. At first, it might be uncomfortable, weird, and it may happen that not everyone would like to support you. You will confront doubts all the time, both within the people around you and within yourself. However, you should know that eventually, as long as you believe in yourself, everything will turn out well. On the other hand, faith alone is not enough. To succeed, you have to work. You have to work hard,' said Sabrina.

Sabrina Gildehaus notes that 50 years ago women also fought for gender equality, and this issue is still relevant. Women are still underrepresented in government, only one out of five board seats are filled by women, and still a global salary gap exists.

'Up until now, women are poorly represented in STEM specialties. That's why we're here at STEM is FEM. Women all the time hear phrases like "yes, that's a good idea, but let's do it later." Women should not listen to this, they should challenge norms and standards. To take the first step, you should challenge it all. We should make the world feel a little uncomfortable. This discomfort will create the changes we need in the future,' Sabrina said.

According to Sabrina Gildehaus, this discomfort will help change the world so women can be fairly represented and they can take a position to influence the world at the global level. Therefore, Sabrina believes that the next generation should learn to be open to the new, be ambitious, and be able to work hard.

'That's why I'm telling you all - the ball is in your court. You define the game, you can take the first step. You are the generation that can change and shape the future. And it is extremely important not only to talk about equality but also to start acting. Act together and act today.'