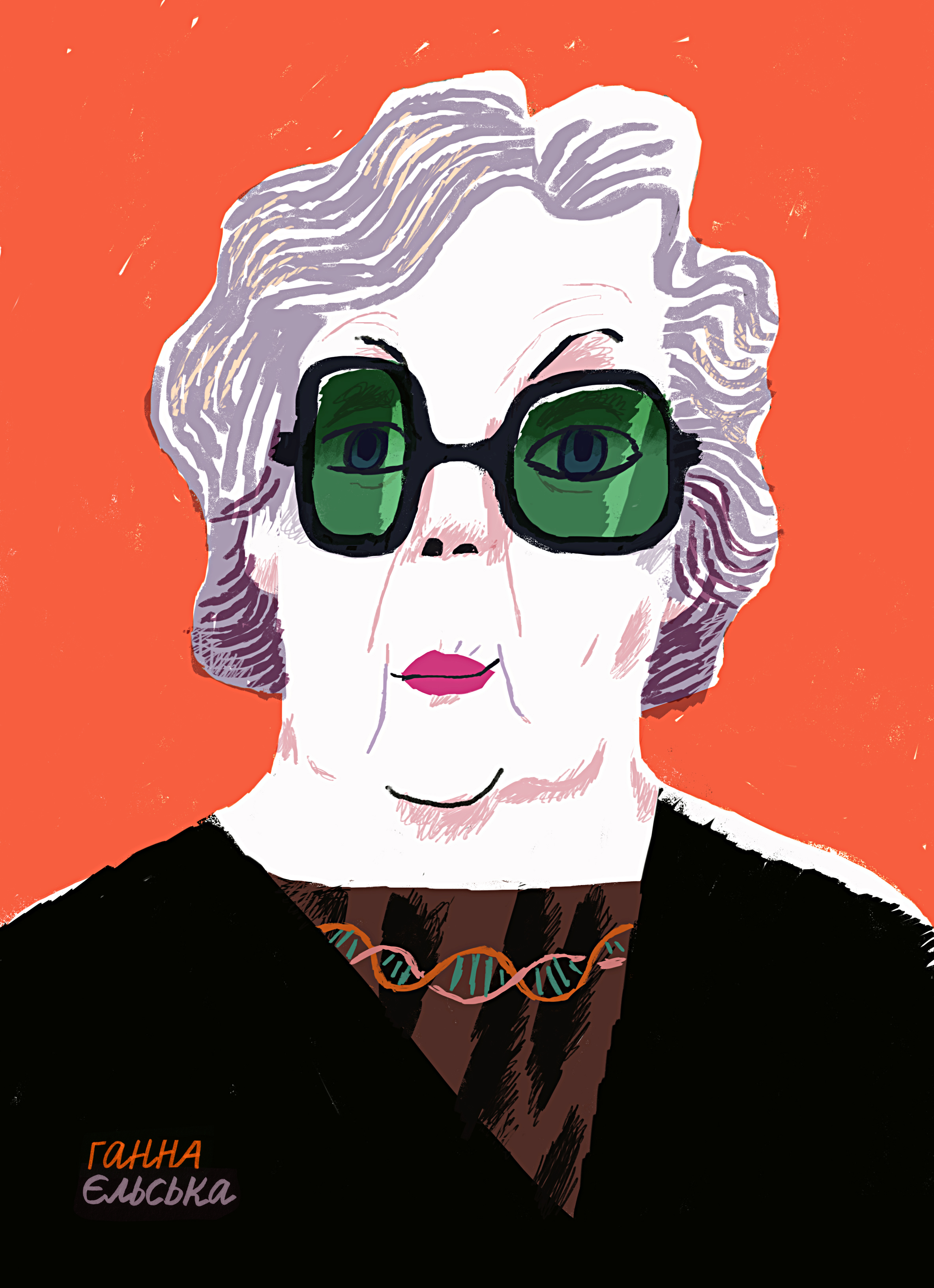 The author of the essay: Bohdana Yakobchuk

Do androids dream of electric sheep? Do molecular biologists dream of biosynthesis?

I don’t know what Ganna Yelska was dreaming of when she entered a medical school with the desire to study physics, I don’t know what she was dreaming of when joining the biochemistry class, but I know for a fact that later, at the Institute of Biochemistry, she was dreaming of molecules. Because I’m dreaming of them, and I’m just a student in biotechnology, and I’m dreaming of proteins and cofactors, intriguing string cell membranes. Perhaps Mrs. Yelska was dreaming of them, too: her enthusiasm for science makes me believe it. The discoveries of the scientists prove that it is not only knowledge and skills but also the abstract scientific vision that allowed her to find answers and possibilities where others see a complicated protein structure.

Ganna Yelska entered molecular biology in an iron Soviet cage and started doing things that nobody else did. She researched protein biosynthesis on higher eukaryotes and annually broke the locks of communism, visiting scientific conferences and gathering connections and perspectives worldwide. The Iron Curtain fell, but it was substituted with a glass fence from the inaccessibility of equipment, lack of funding, and resources for research. Ganna Yelska did not give up, though; she slowly pushed transparent walls with hammers of stubbornness, patience, and devotion to science. She became a leading specialist in translation, one of the discoverers of the functional adaptation of tRNA, and conducted countless studies in biosensors.

Mrs. Yelska is still a key figure for Ukrainian science; she is the honorary director and chief scientist of the Institute of Molecular Biology and Genetics, a consultant for many new pieces of research, and continues to be an exemplary scientist. Her works have been quoted thousands of times. She ensures the equality of rights and opportunities for female scientists of the Institute and leads Ukrainian science forward.

I am sure Mrs. Yelska faced many obstacles since discrimination against women in the field of STEM has so far prevented many talented female scientists from reaching high positions. Many people might have wanted young Ganna to sit in a rocking chair with her two kids and knit socks for her future grandchildren. But she, instead, was seating with spokes given to her by the society untying the weaving of DNA. Every day, Mrs. Yelska gives thousands of young scientists hope that they will be able to do the same. You don’t have to choose—you can be a mother, a director, a genius biologist, or whoever you want. Ganna Yelska paved the way for young girls like me, my classmates, and even my little cousin, who wonders how leaves know when to fall off the trees. The doors of Ukraine’s labs are open to all of us. In one interview, Mrs. Yelska said that she understands young scientists going to work abroad and does not blame them, but she also inspires us to take up tools and fix Ukrainian science.

She is science, she is Ganna Yelska, and me, and my friend, and my biochemistry professor, and every little girl who, like me, will see a woman in a white gown holding a micropipette and believe that she will become the same, that she can become the same. The future is female—and we will all be able to add our line of genetic code to the history, where Ganna Yelska wrote the title and introduction.