The educational art project «She is science» became one of the main change makers of the year and received the NYUKH 2021 award. 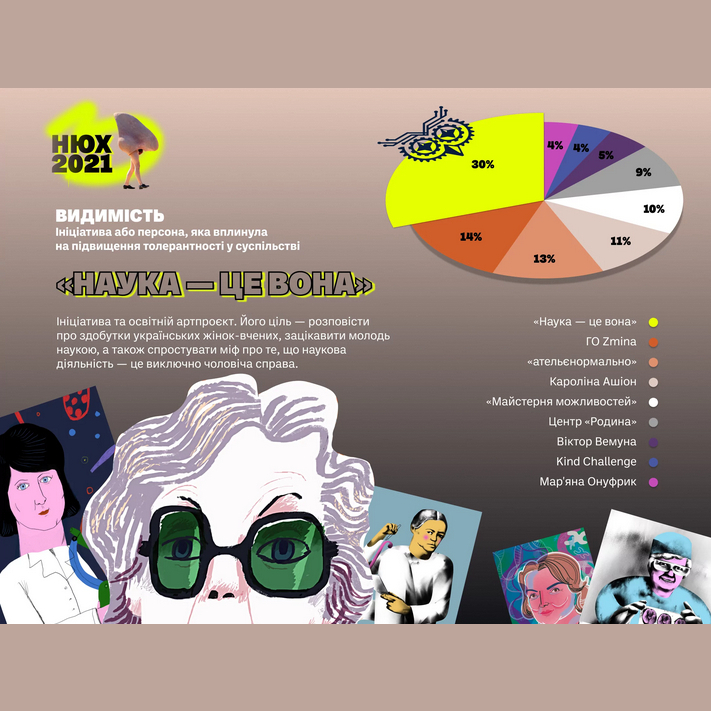 The educational art project «She is science» became one of the main change makers of the year and received the NYUKH 2021 award.

For the second year in a row, media project «Zaborona» has compiled a list of people and initiatives that are transforming social rules or promoting change in Ukraine. The award is called NYUKH because it honors those who listen to and respond to problems in society.

The winners of the award were chosen by voting on the website of the "Zaborona" from December 21 to January 10 inclusive. Anyone could vote for any initiative in one of 10 categories.

«She is science» education project received 30 percent of the vote in the category «Visibility», which recognizes initiatives and people who have contributed to increasing tolerance in society.

In 2022 «Zaborona» will provide the informational support to the winners of the award to work with them to change the world for the better.

STEM is FEM thanks everyone for their support and active participation in the voting and promises to continue to generate new important projects for society.