STEM is FEM 3rd Module on Ecology and Energy. How it was?

On February 15-16m the third module of the STEM is FEM educational module took place in Kyiv. The module’s topic was Energy and Ecology. 28 girls, who had taken the online-testing best, participated in the module. The organizers received more than 150 applications for participation. 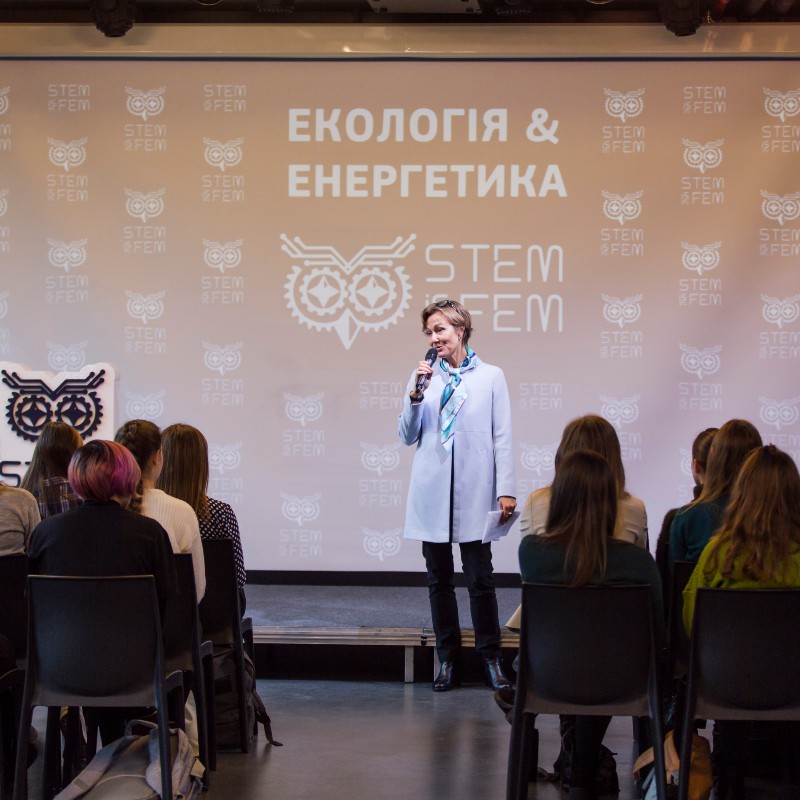 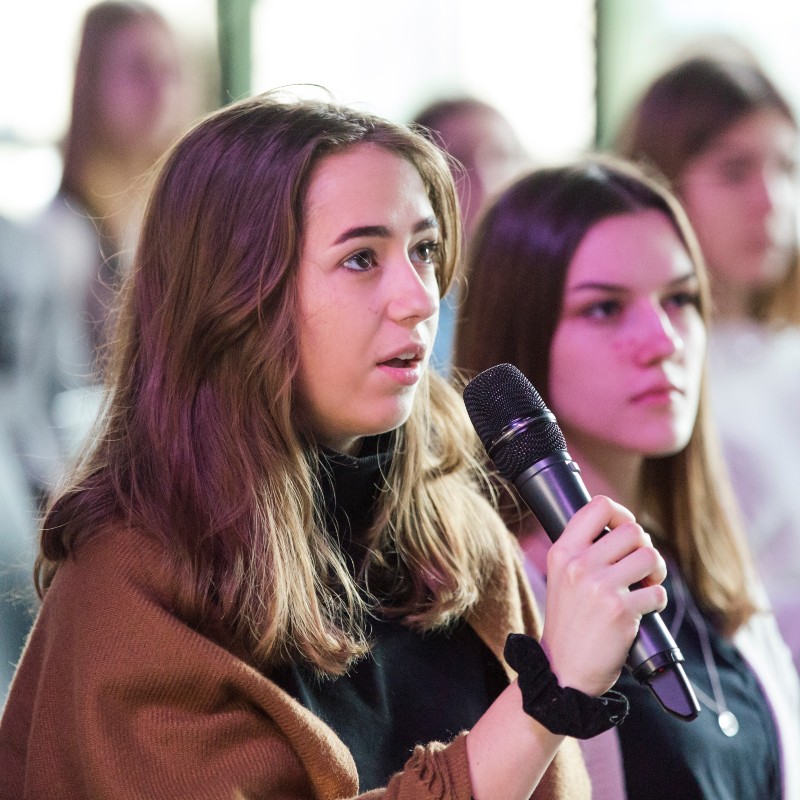 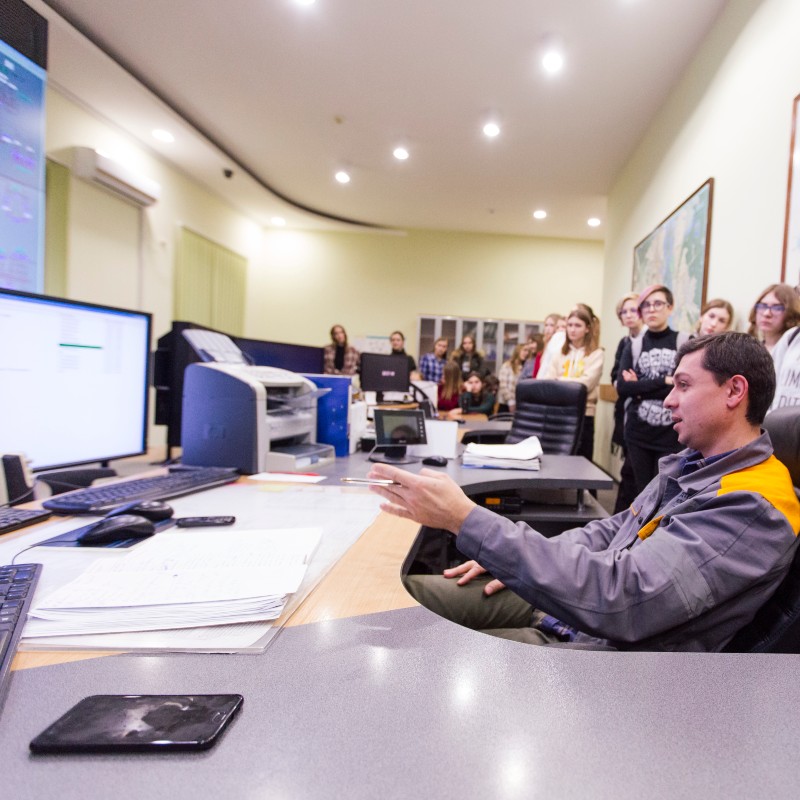 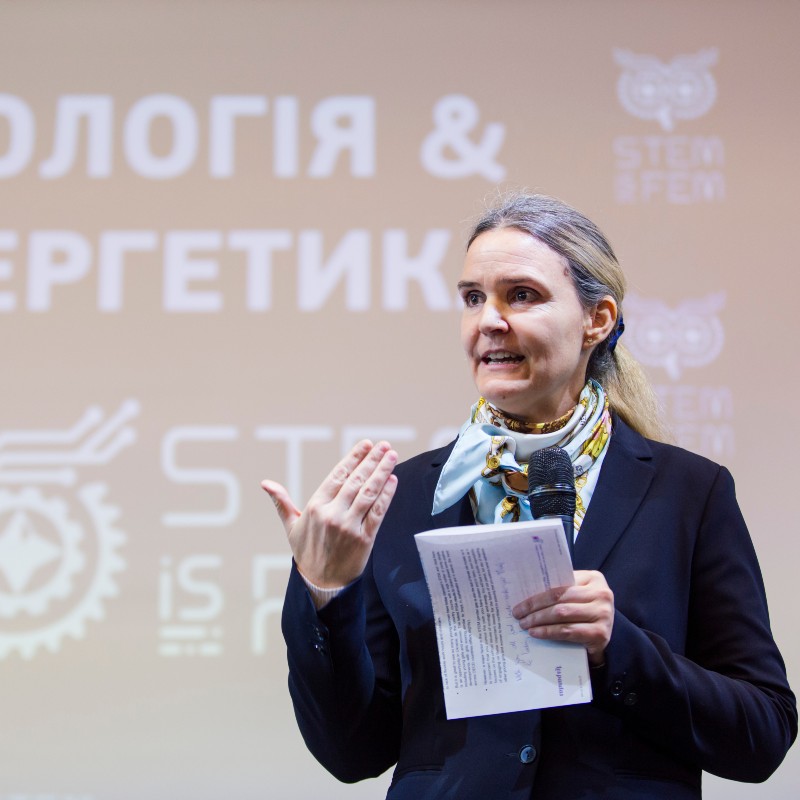 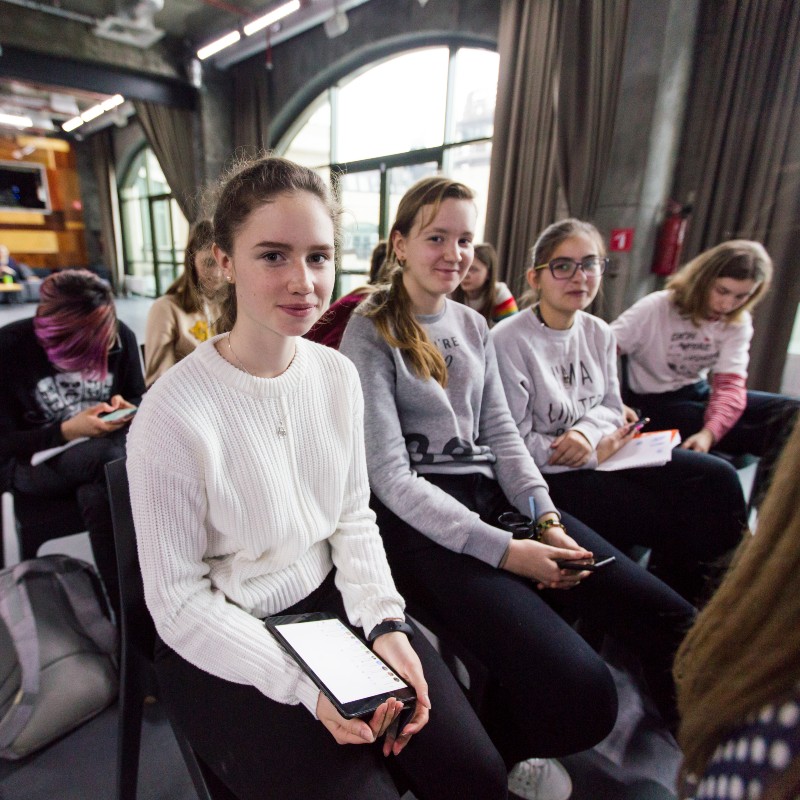 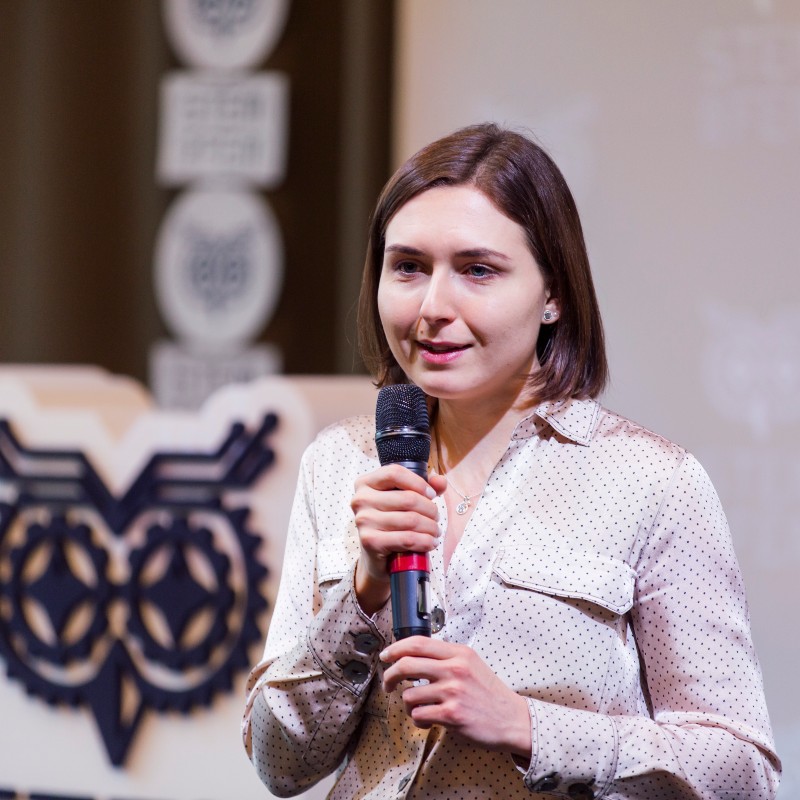 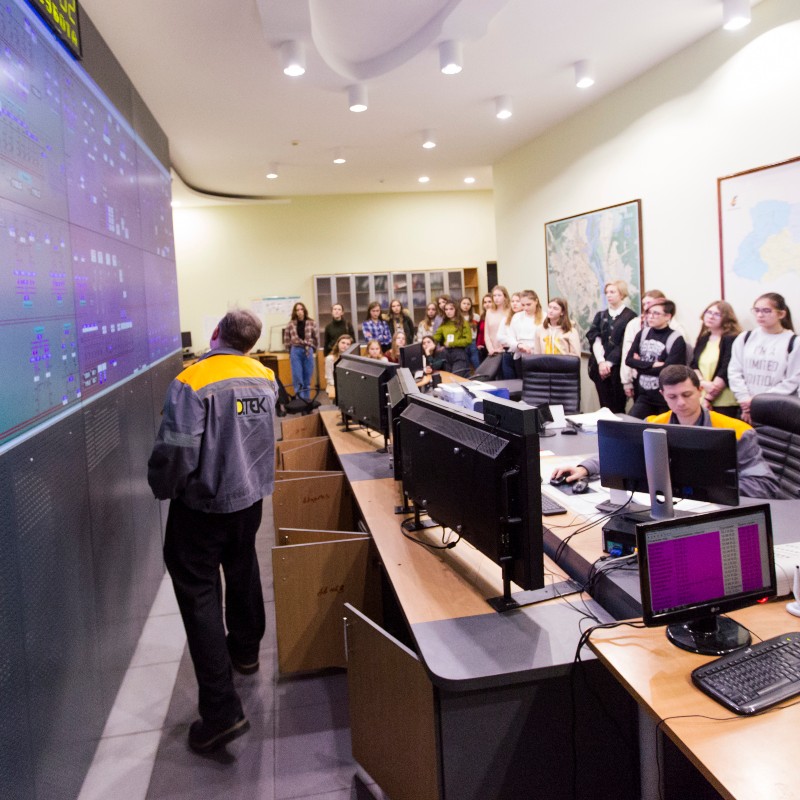 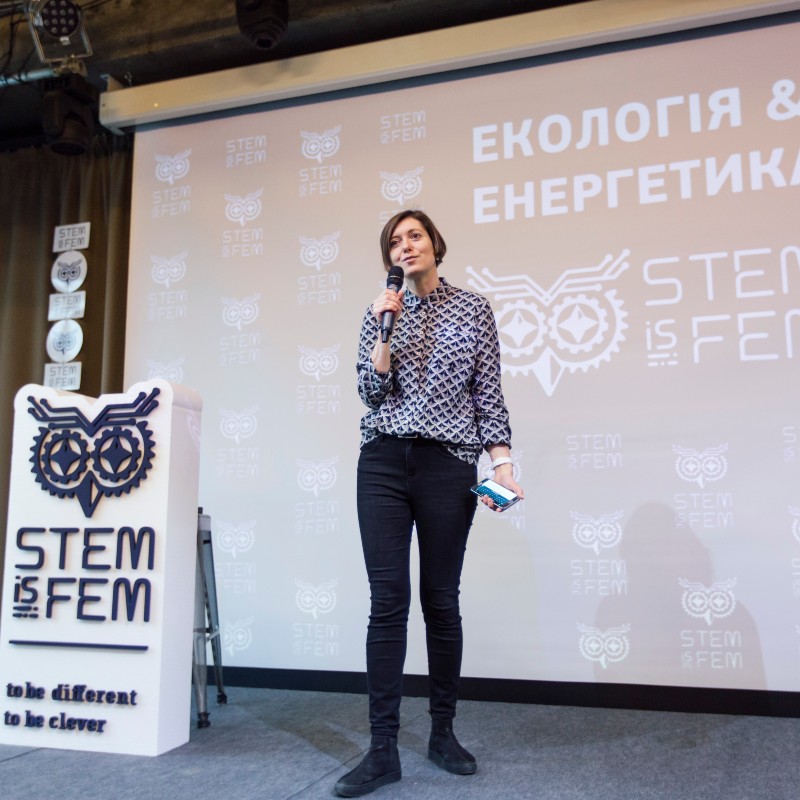 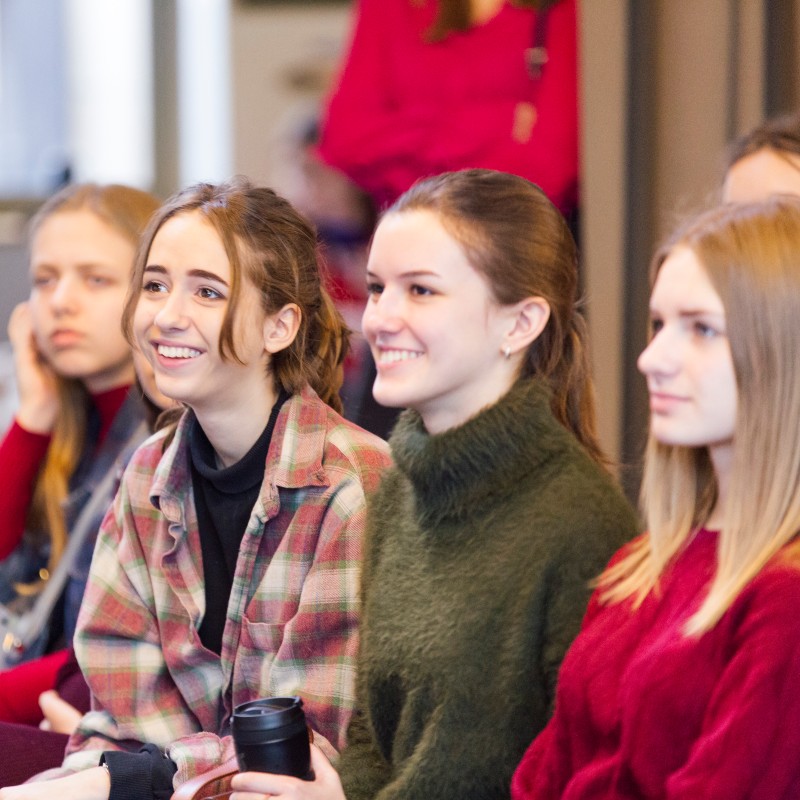 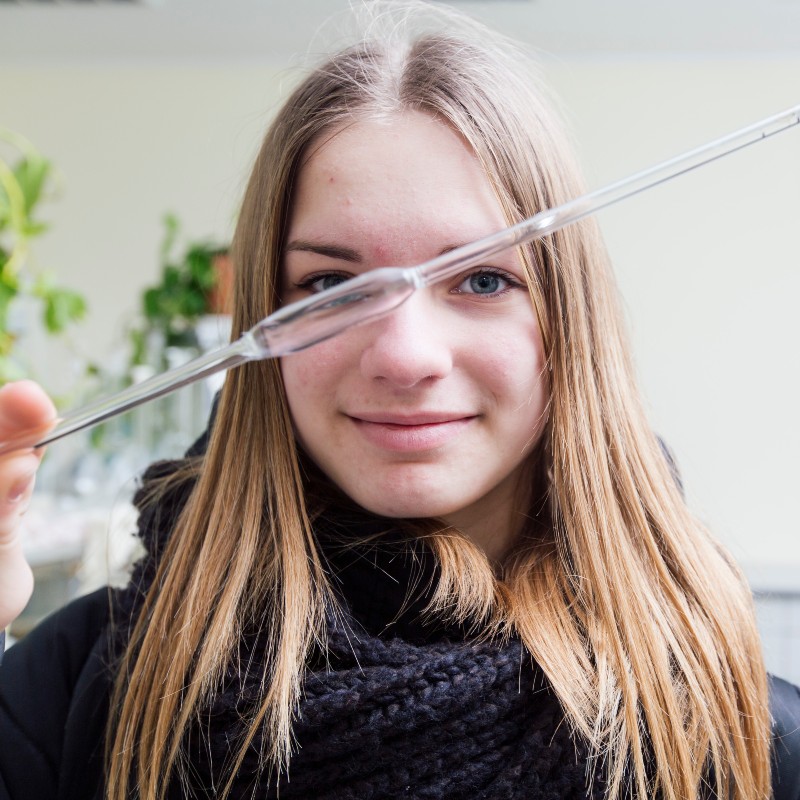 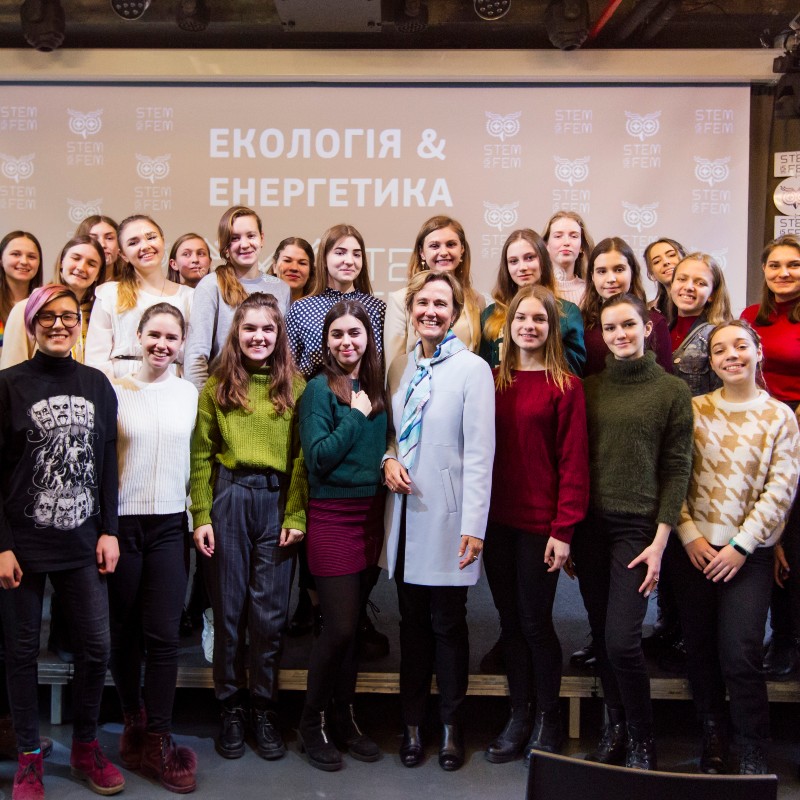 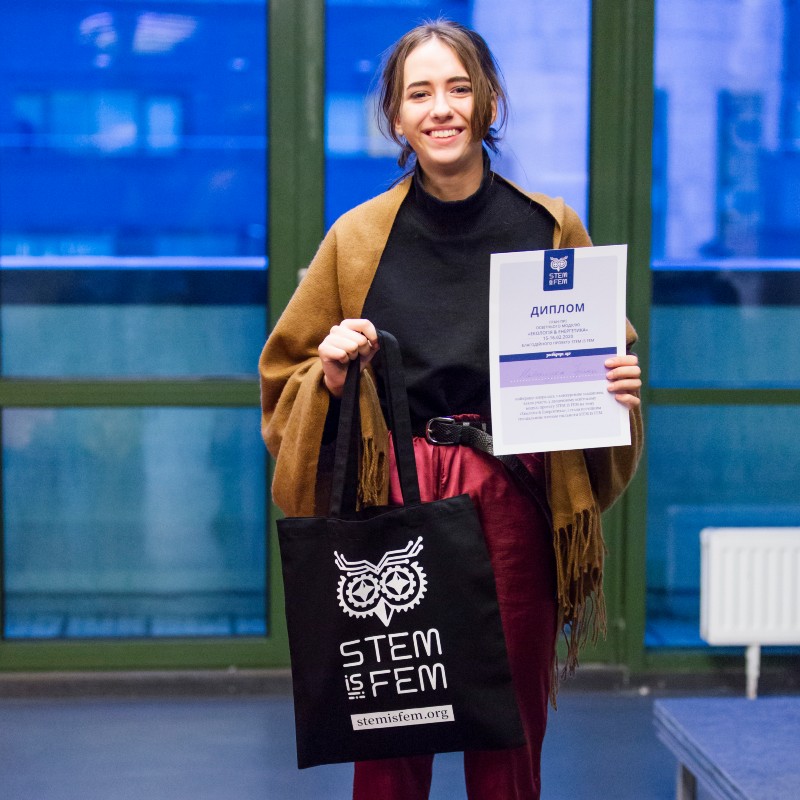 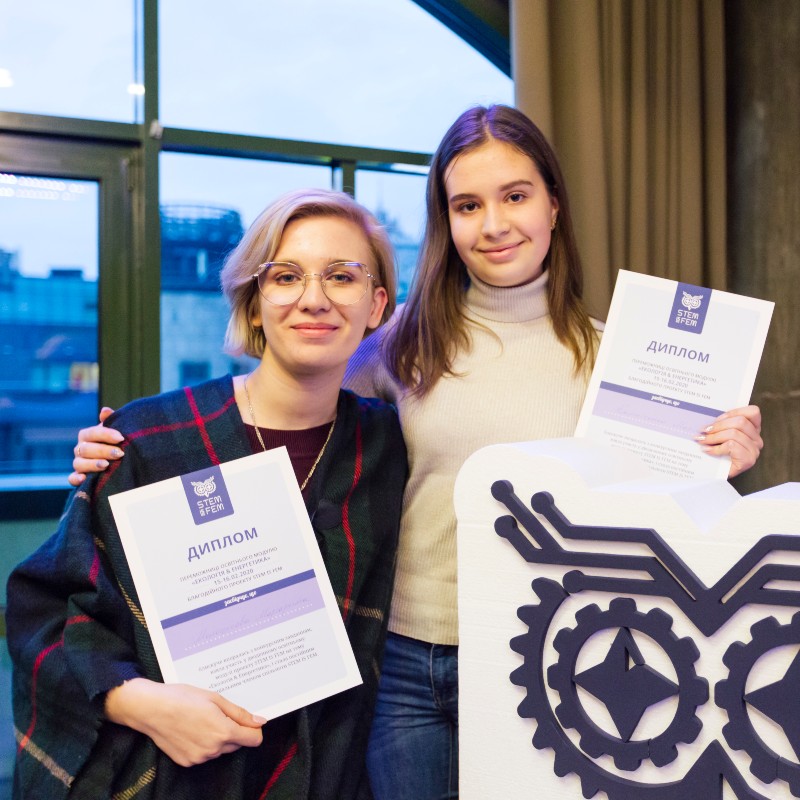 On February 15-16m the third module of the STEM is FEM educational module took place in Kyiv. The module’s topic was Energy and Ecology. 28 girls, who had taken the online-testing best, participated in the module. The organizers received more than 150 applications for participation.

Minister of Education and Science of Ukraine Hanna Novosad, Ambassador Extraordinary and Plenipotentiary of Germany to Ukraine Anka Feldhusen, Deputy Head of UNICEF Office in Ukraine Laura Bill, Deputy Minister of Energy and Environmental Protection of Ukraine Iryna Stavchuk became the inspirational speakers of the module. They spoke to motivate the girls for better results and demonstrate role models of successful women.

“Girls take exams in Maths and Science better than boys. But later, they choose not to choose the STEM-related institutes. And I am absolutely convinced that the problem is not that you know something bad, but because the society, parents, teachers and the whole system tell you that you should not go there. And it seems to me that it is very important for each of us to be aware of this and to deal with this in all possible ways. I suppose when it’s time for you to choose the future path, you will choose between the STEM-jobs and more popular jobs, such as a lawyer, economist, journalist or diplomat. So, I would like to advise you not to give up and to develop in the STEM-sphere. I do want you to feel strong and to do what you want. So, believe in yourself! Never believe those who say that girls are less capable of anything just because they are girls. And especially because they are young. This is an absolute delusion from the past century – that should be simply forgotten and thrown out of your head,” Minister of Education and Science of Ukraine Anna Novosad said.

Educational lectures on ecology and energy for the girls were given by Olena Parenyuk, Radiobiologist, Candidate of Biological Sciences, and Yulia Nosulko, Head of the Regulatory Policy Department, DTEK.

The girls also had a chance to talk to the women working in different fields of energy and ecology. During the session, Natalia Kolomietz, UNICEF Water, Sanitation and Hygiene Specialist, spoke about the environmental component of the organization and about the ways the UNICEF helps families with drinking water in Eastern Ukraine. Ecomanagement Consultant Yuliya Makliuk spoke about the existing opportunities of environmental development and of making choices in such a diversity. Olexandra Gumeniuk, Director of European-Ukrainian Energy Agency, devoted her time to discuss “clean” energy in Ukraine and the obstacles to its development. And Oksana Gutsalenko, Sustainable Development Popularizer, spoke about how the ideas of residential building are changing now and how that relates to the ideas of the UN sustainable development.

“In the 21st century, our generation will face unprecedented challenges that are particularly noticeable in the fields of energy and ecology. Their solution is impossible without involving the scientific community. However, men continue to dominate in the field of science and technology. Despite the considerable progress made in recent years, women make up more than a third of the total number of scientists. One of the main determinants of gender imbalance in STEM is the lack of role models. That is why it is extremely important that you do not leave your chosen specialization. It is your double responsibility to save the future of our planet and to inspire girls and young women to develop their career ambitions in the scientific fields,” said Laura Bill, UNICEF Deputy Chair in Ukraine.

In addition to the lectures, the participants had an excursion to specialized institutions, the Ukrainian Hydrometeorological Institute of the SES and the NAS of Ukraine, and the DTEK Central Dispatching Service of Kyiv Electric Networks. At the dispatching central management, the girls asked a million questions – how smart technology can change the work of energy fields that use transformers sized of a private home; which signals are most frightening for the dispatcher; which category of electricity consumers hospitals belong to; and why dispatchers are associated with the pilot. The participants got especially interested in the story of the only female chief dispatcher in Ukraine, who is heading the service in Kramatorsk. Moreover, the girls found out that the lack of electricity generation in the ChNPP scheme is not a reason for excluding it from the large ‘organism’ of the country’s electrical system.

At the Ukrainian Hydrometeorological Institute, the participants saw how the Institute workers check the surface water of Ukraine, and test the water flowing in our pipes, and learned why Ukraine belongs to the European countries with the least water supply. They were told how iodine or dry ice was being managed by scientists so that the rain would fall directly into the reservoirs and showed how real-time infrared satellites were decrypted by synoptic satellites. With their own eyes, they saw what cyclone was now raging over England and how much it would affect Scandinavia. They found out why +2 sometimes feels like -5, and why Central Ukraine is considered the most comfortable climate for life. Of course, there was a question of why forecasters do not always correctly predict the weather changes. The biggest interest of the participants was caused by research on global climate change and its effect on the lives of Ukrainians.

During the module, the girls participated in a thematic competition. Seventeen-year-old Iryna Natalukha from Sumy won the Grand Prix. She presented her strategy on environmental and energy action plan that would help Ukraine adapt to the global changes by 2050. In her conception, Iryna emphasized that the return to the world of the past is impossible because the changes are unstoppable, and we must adapt. Listing the most popular areas of actions, she emphasized the three that were poorly covered by other participants – the need to support nuclear power, overpopulation issue, and the need to reconsider every household action or habit of a person from an environmental perspective, such as environmental and economic impacts of cemeteries. For her presentation, Iryna will participate in one of the key European educational events – the Yale International Alliance Conference on Global Citizenship in Rome organized by the Yale University. This year’s program will focus on topics that unite humanity, i.e. the Arts Without Borders, the Impact of Climate Change, Civic Impact on Government, Leadership for Business and Society, and Global Diversity and Inclusivity.

“I knew Ukraine when there were almost no women here in the parlament. Later, they started showing up, and we made a circle of female diplomats and MPs. But there were so few of us that we felt quite comfortable sitting in my living room. Today, there are already so many women in the Verkhovna Rada and in the Government that we are choosing specific topics and separate days when we want to meet because it is simply impossible to gather all of us. This is the progress in Ukraine, and it must continue,” Extraordinary and Plenipotentiary Ambassador of Germany to Ukraine Anka Feldhusen said.

The other two contestants received the status of winners and shared the second prize. These were Margarita Meleshkova from Mariupol and Mariya Kalinichenko from Dnipro. They received an online course ‘Ecology of Ecosystems’ from the Udemy educational platform. This is a course that explains basic environmental concepts with the help of 3D animation. Upon passing the course, the girls will have received the certificates.

The project started in September 2019. Every two months, STEM is FEM selects a narrow industry and invites the schoolgirls all around Ukraine to participate in the educational module. The first module was held in October 2019 and was devoted to the topic of Biotechnology, and the second one covered the IT topic. Their winners were given an opportunity to participate in Webit Festival (Valencia) and Perspectywy Women in Tech (Warsaw). In March 2020, a selection competition for participation in the new educational module will be launched on the project website.

“I do advise you to build on your strengths when choosing your path, study, and future career. If you are good at maths, physics, and chemistry, you should choose those areas and study passionately. When we imagine a dream job, we have certain stereotypes, and in fact, we do not know that there are many interesting things in many technical and narrow professions. And these are exactly the directions in which there are currently no specialists in Ukraine. People who speak English and know their subject, who love their work and spread their knowledge, have many more opportunities to develop,” said Deputy Minister of Energy and Environment of Ukraine Iryna Stavchuk.