Galyna Skybo: The Female Brain Is a Menace of Science 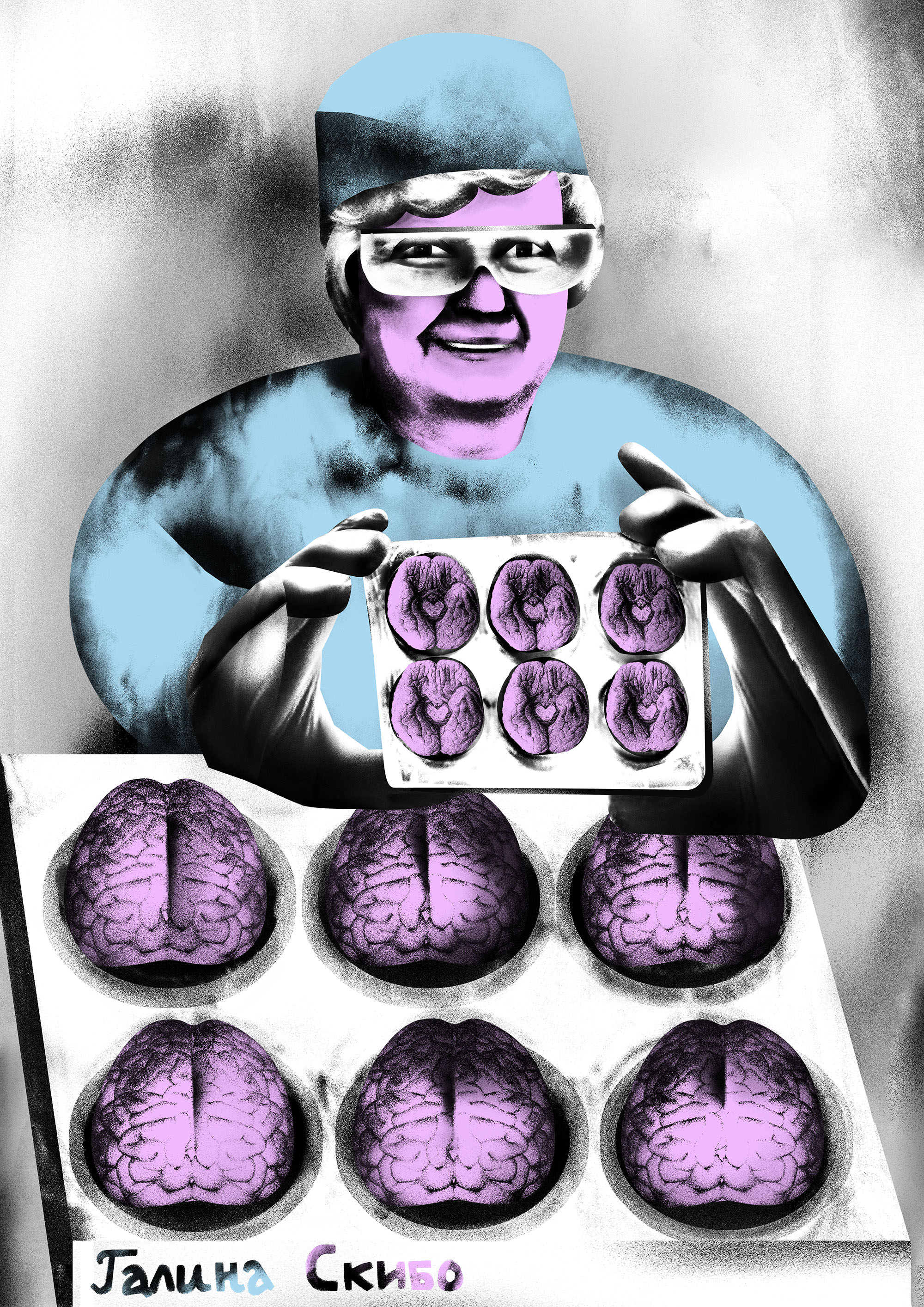 The author of the essay: Olena Kovalenko

Do we often think about the function and structure of our nervous system? For you to read this sentence, millions of nerve cells in your eyes react to the shape of letters and transmit this information to your brain. Each neuron establishes connections with other cells, forming an understanding of what you read. Such processes are integral to human existence. Galyna Skybo, a well-known Ukrainian scientist in neuron morphology, dedicated herself to studying the peculiarities of the brain.

Her research focuses on the structural foundations of cellular neuro-ontogenesis in the dissociated culture of nervous tissue and features of pathogenesis of neurodegenerative diseases. She is one of the few women in Ukraine engaged in applied cytology. Lesions and pathological processes in the nervous system can cause memory loss, impaired body control, and many other critical consequences that can’t be treated. That is why this issue requires a detailed study.

The unattainable goal of Ukrainian scientists became a reality thanks to Galyna. She has created a system that cultivates nerve cells and allows them to model pathology and follow the disease’s development. Thus, new approaches in pharmacological treatment will make it possible to save people with afflicted neurons. The results of Galyna Skybo’s scientific activity have brought her numerous awards and national recognition. She was awarded the NAS Award, became an honored worker of science and technology of Ukraine, and a laureate of the State Award of Ukraine in the field of science and technology.

Unfortunately, in modern Ukrainian realities, scientific research is not popular among young people, including girls. Galyna’s public activities were a vital contribution to solving this problem. This famous woman became interested in the work of the international Rotary Club back in 1994. Together with this organization, her mission has been to help gifted young people, provide financial support for their development, install medical equipment in children’s hospitals, and launch projects to improve children’s health.

For me, Galyna is a real “menace of scientific works,” an example of loyalty, initiative, and empathy. Inspired by her scientific and social work, I chose Galyna Skybo as the main character of this essay.

So what’s it like to be a woman crushing the glass ceiling? It may be scary, challenging, or unexpected. Stop wondering - we have to try because everything is in our lady’s hands!