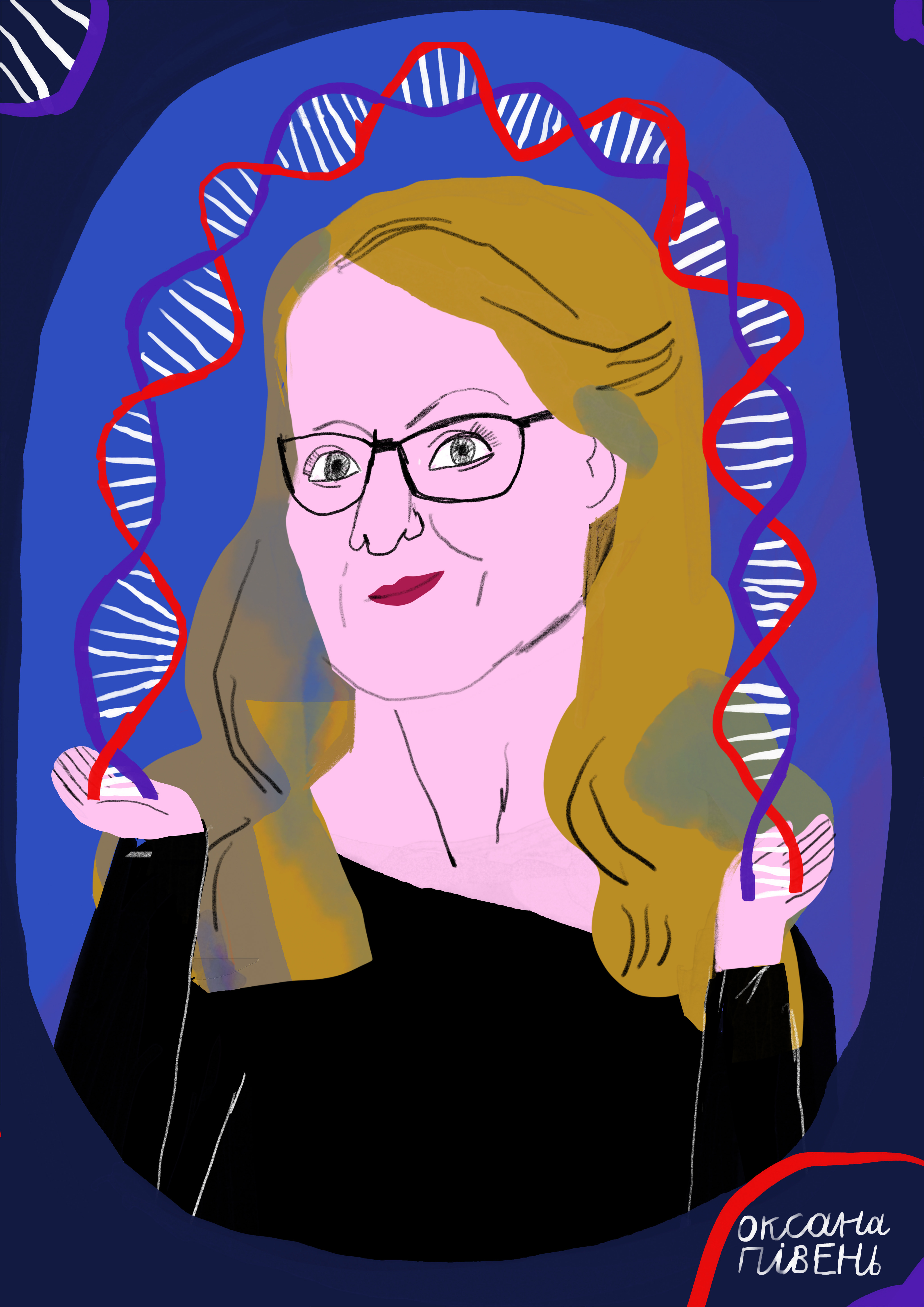 The author of the essay: Olena Petryshyn

Chest pressure. It looks like someone’s squeezing your lungs. It’s getting harder and harder to breathe. The pain is spreading all over your body. Your vision becomes foggy. And then the world turns black.

That’s what one feels when one has a heart attack. This issue is the most common cause of death in our time. Thousands of doctors and scientists are working to save the world from this illness. However, it is not easy to do, as a heart attack is caused primarily by an unhealthy lifestyle.

However, we can focus on developing a therapy for those who have suffered a heart attack. That’s what Oksana Piven, a geneticist of the Institute of Molecular Biology and Genetics, does.

Oksana comes from Osypenko village in the Zaporizhzhia region. When it was time to get higher education, the girl faced a choice between art and biology, and she chose the latter. A student went on a few field trips and realized that she was interested in human genetics.

Now for more than ten years, Oksana has been engaged in genetic research of the heart. In other words, the scientist studies the functions and effects of individual genes on the heart. She runs many research projects. Oksana also promotes science, writes articles, and often appears on television, conferences, and various YouTube channels.

The main study Oksana has been working on is related to heart cells affected by a heart attack. The thing is that during a heart attack, a certain number of cardiomyocytes (muscle cells of the heart) die. After a heart attack, they are replaced by fibroblasts (connective tissue cells) that do not work properly. The scientist, in her turn, reprograms these fibroblasts to make them perform their function better.

She does this with the help of the CRISPR-Cas9 system, which is also often called “molecular scissors” because it allows to correct DNA molecules. However, Oksana uses a slightly modified version of this system in her research.

Instead of changing the genetic code of cells, the scientist introduces special proteins that “switch on” or “off” certain areas of genes. Since this technology doesn’t affect cells’ DNA, it doesn’t cause any mutations. This makes it quite safe. The worst that can happen when using is that nothing happens. However, if the surgery succeeds, it improves the functioning of a damaged heart.

So far, this method has only been tested on animal cells. For this purpose, the scientist places the CRISPR system in the fibroblasts of rats. Studies have already yielded results: they managed to switch on heart genes in cells where they have not previously worked. However, such cells have not yet become fully functional cardiomyocytes, so the technology must still be enhanced.

When scientists succeed in experiments with animals, they will test this system on adult cell culture, and then they can begin to use it on a massive scale.

Until this day, Oksana has not lost her talent for drawing. What she likes the most is to depict flowers and landscapes. She is a magnificent example of how a person from a small village can become a famous scientist. Moreover, she is a highly many-sided person. Oksana manages to reconcile work and family life and also to have hobbies.

I hope that Oksana will succeed in her research and prolong more than one life thanks to it. Who knows, perhaps this life will be mine.