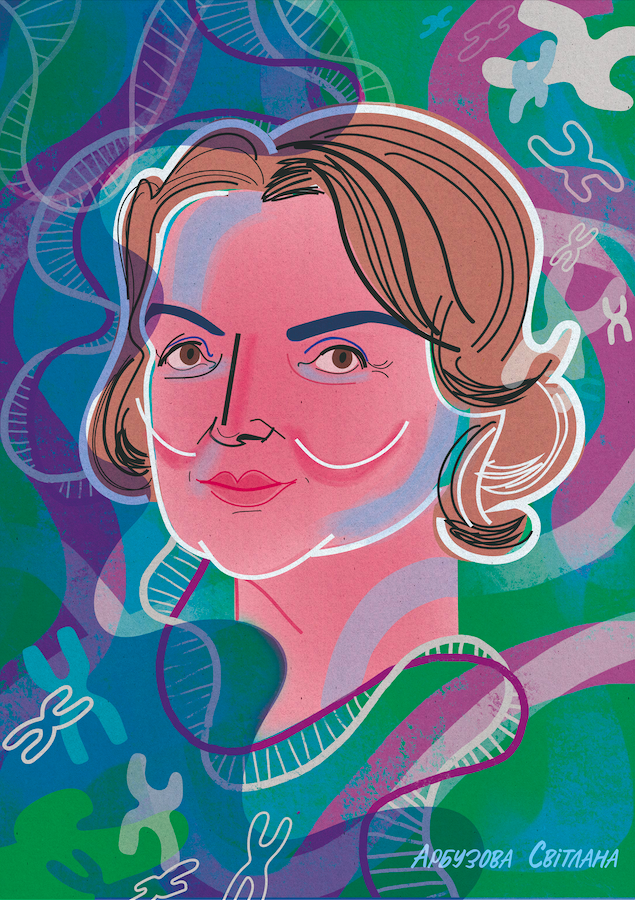 The author of the essay: Daria Grechaniuk

Have you ever wondered why there were so few feminine names of occupations and scientific titles in the active vocabulary of our society? Everything is simple. In the main obtaining professional jobs was the prerogative of men. And what concerns women, those sad three «K»: Kirche, Küche, Kinder are enough for them. That was the consumer attitude of the society towards the representatives of the weaker sex for many years. Why a woman needs education, they said! Let her sit at home; science is not a place for her! Does it sound any familiar?

And yet, there have always been women who wanted more, who were interested in science, who tried to realize their creative potential, who fought for their place under the sun and their right to education, research, work. And they are many. Let’s recall Maria Skłodowska-Curie, who, due to the ban on women joining the University of Warsaw, could not receive an education in Poland. But the brilliant scientist proved there was an element of radium, which was added to food, water, cosmetics, hygiene products at that time. Talented? Persistent? And there are thousands of them: Augusta Ada King, Lise Meitner, Rosalind Elsie Franklin... This list could be complemented by Ukrainian scientists: Nana Voitenko, Olena Vaneeva, Oksana Piven...

And yet, I would like to emphasize the significant contribution to the modern national (and global!) science of Svitlana Arbuzova. Unfortunately, there is not much information about her, except for scanty facts in Wikipedia about regalia of the scientist: the title of Member and Correspondent of NAMN of Ukraine, Professor, Honoured Doctor of Ukraine; a list of numerous awards, including the Diploma of Honour of the Verkhovna Rada of Ukraine (2016), as well as a list of scientific works, the most important of which are research on genetic problems of hereditary diseases and their prenatal diagnosis. Looking at the information about Svitlana, I understand how much she has contributed to national and global science. And yet, behind all the diversity of attributes and merit, we see the scientist, not a person. Would it be interesting to know what she is like?

I surf through the Internet and find the article titled “Ph.D. thesis of Raisa Romak ‘Improvement of diagnostics and predictions of proliferative breast diseases by estimating the state of methylation of genes DDK4 and GSR” in the field 03.00.15 ‘genetics’.” The article refers to the civic position of Svitlana Arbuzova, which drew the attention of the scientific community to the fact that this thesis is far from science. As I go deeper into my reading, I suddenly catch myself thinking that one can see a decent, intelligent, incorruptible, fair-minded woman behind common phrases. Are there many people today who choose to resist the manipulation of the ignorant for the benefit of others? How many of them are women? Only a few. Arbuzova is the kind of person who rebels against pseudo-scientists who deny the achievements of ones being confident that they can decide the fate of others, make science work for their advantage and wave a sword.

Do you know about the Dunning-Kruger effect? The theoretical basis for their hypothesis was the observations of prominent scientists. Dunning quoted Charles Darwin: “Ignorance more frequently begets confidence than does knowledge”; and Bertrand Russell: “One of the painful things about our time is that those who feel certainty are stupid, and those with any imagination and understanding are filled with doubt and indecision.” Isn’t that right? But Svitlana proves otherwise in this case. And quite successfully!

When I heard about Svitlana Arbuzova, an exceptional person, I realized: SHE is SCIENCE. She is an embodiment of intelligence, decency, a sense of purpose, responsibility, personal involvement. She is a Person with a sincere heart and a bright brain who will never abandon her principles or deceive but will defend the truth. For the sake of science, country, the people…