On December 14-15, the second educational module of STEM is FEM project took place in Kyiv. This time, the topic was IT. To participate in the competition, the girls were tested online and selected from among 80 applicants. During the two days, 23 high school days from all over Ukraine got to the IT field. Among others, they got inspired by the stories of the women in the field. 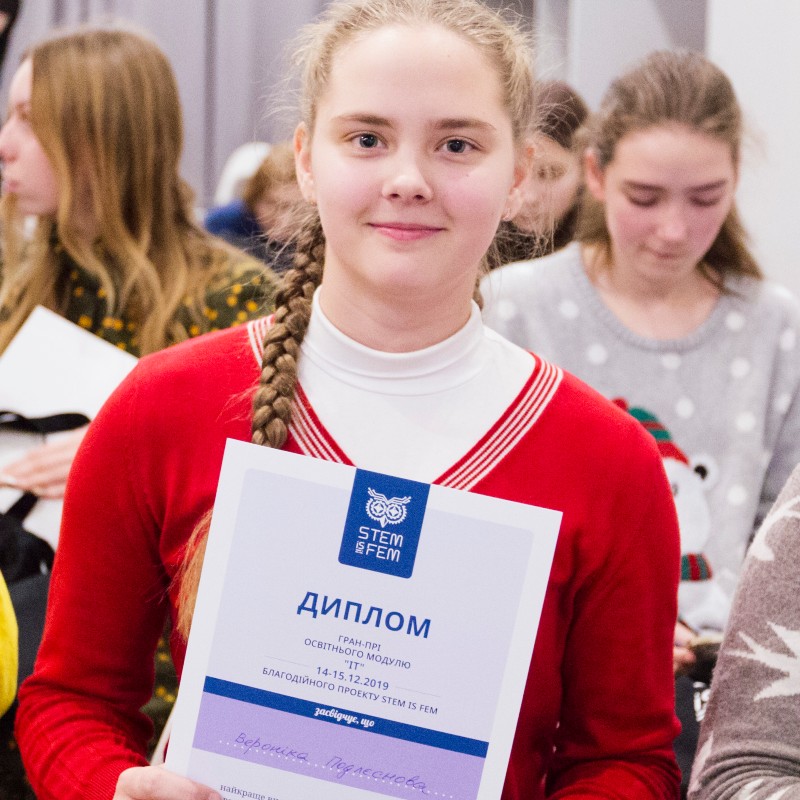 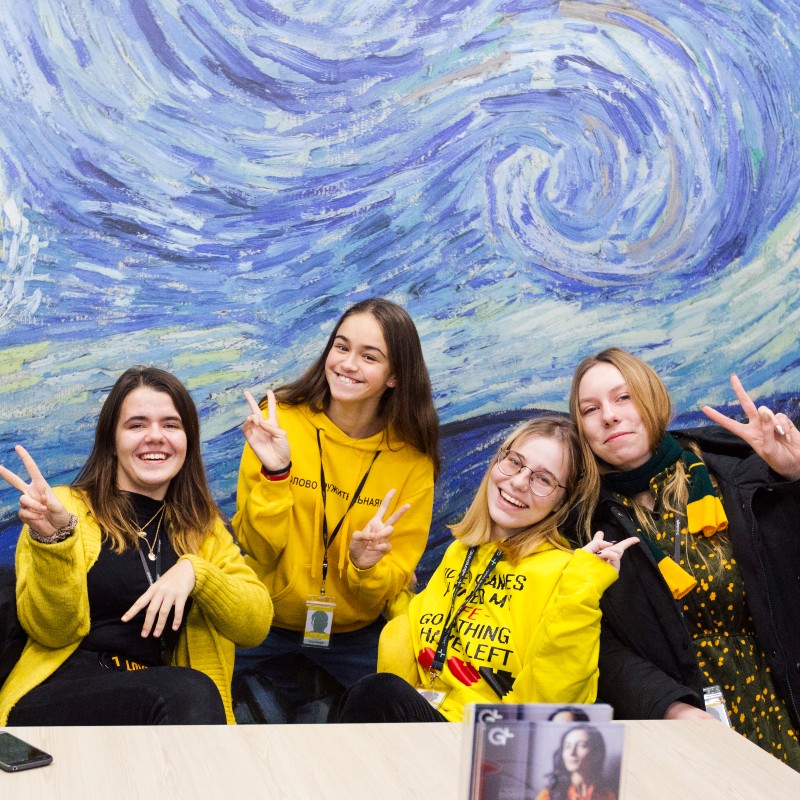 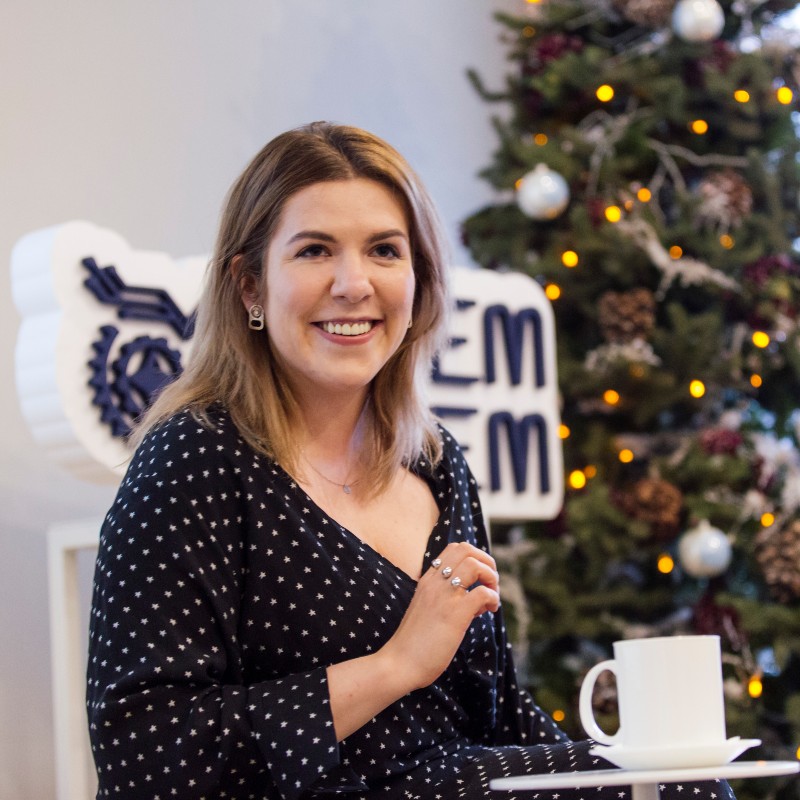 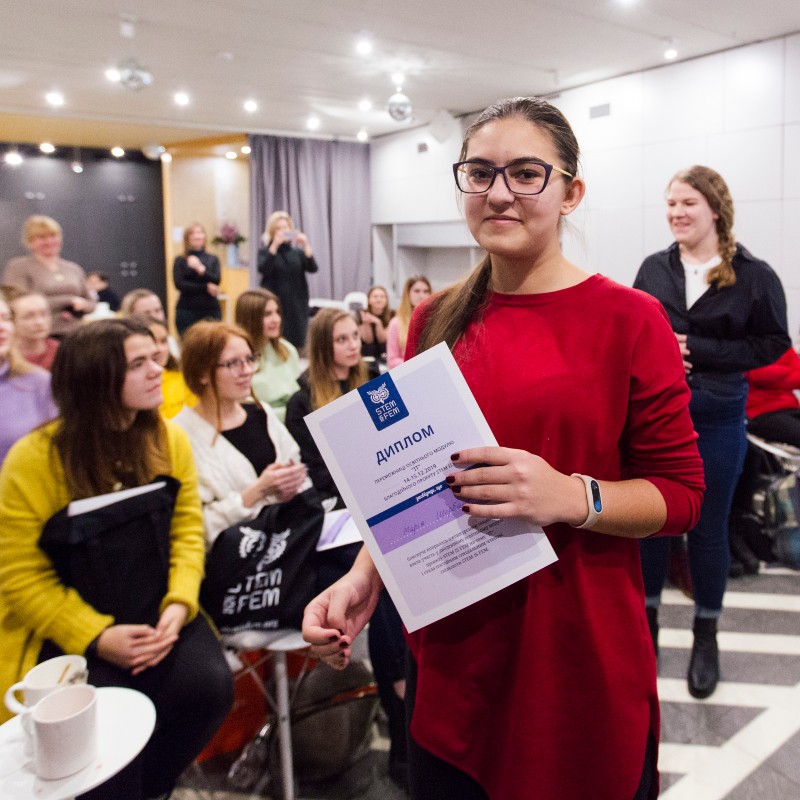 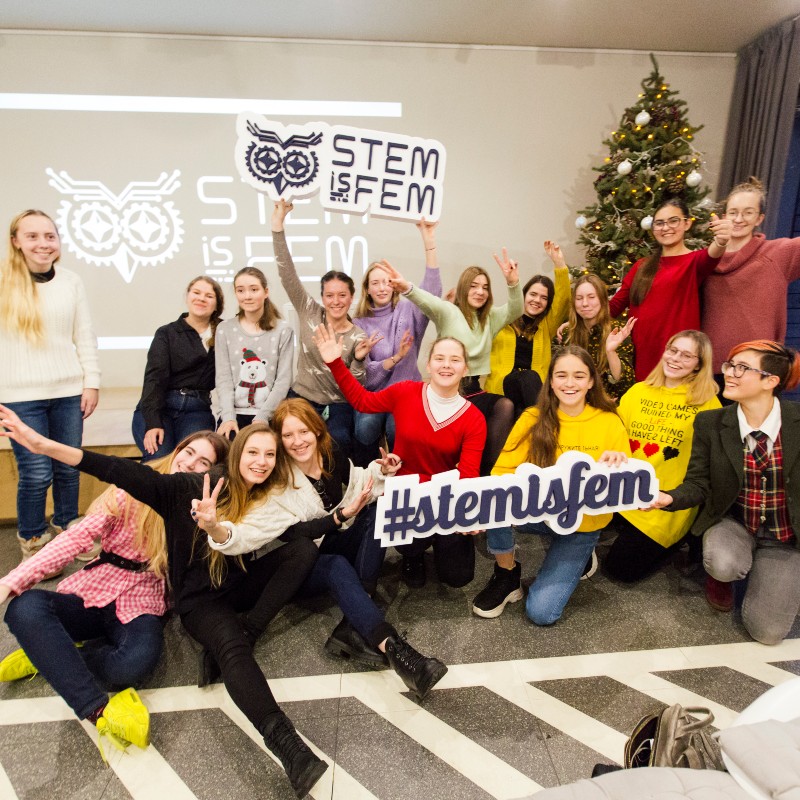 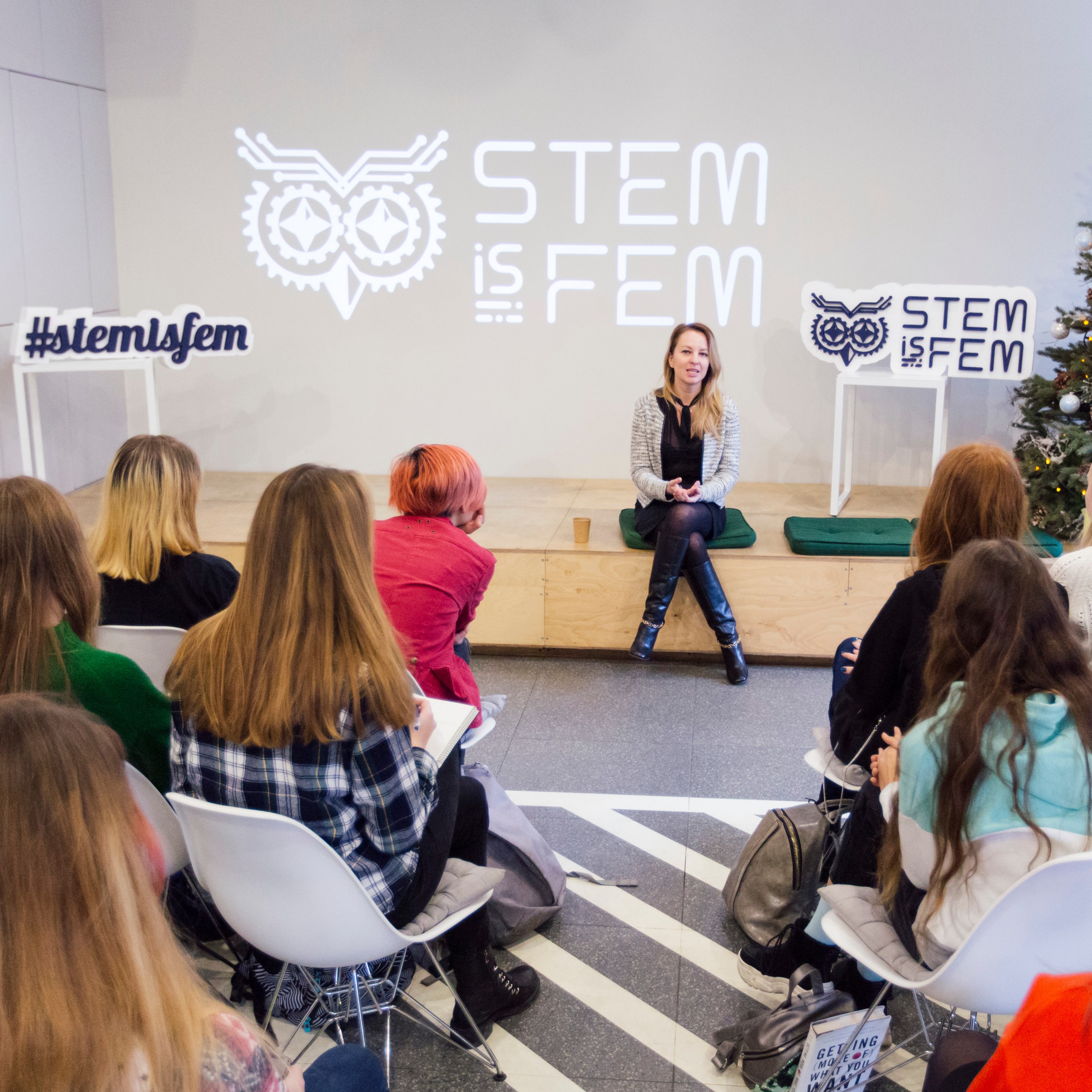 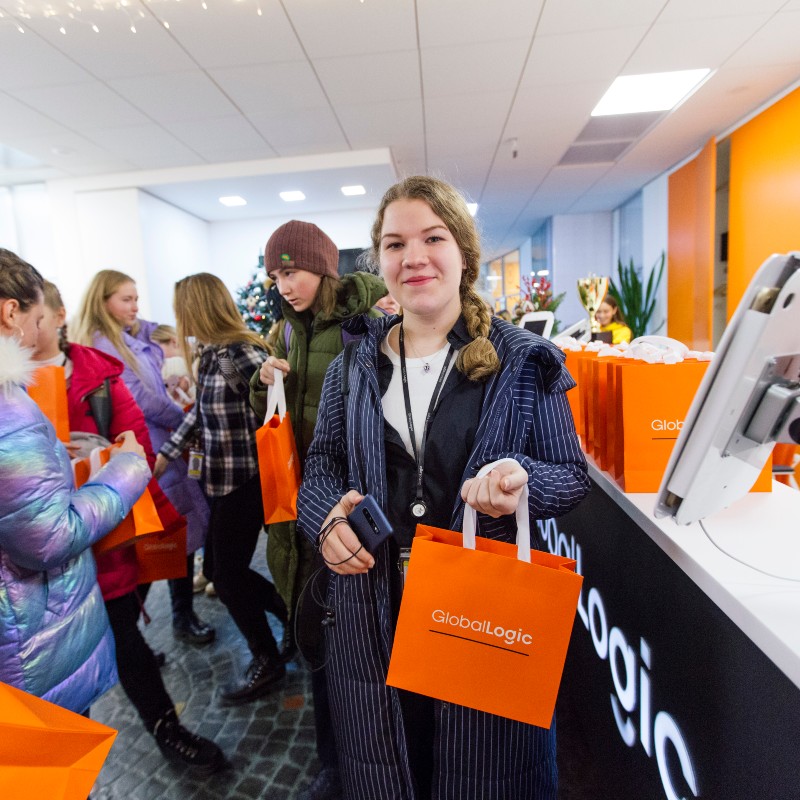 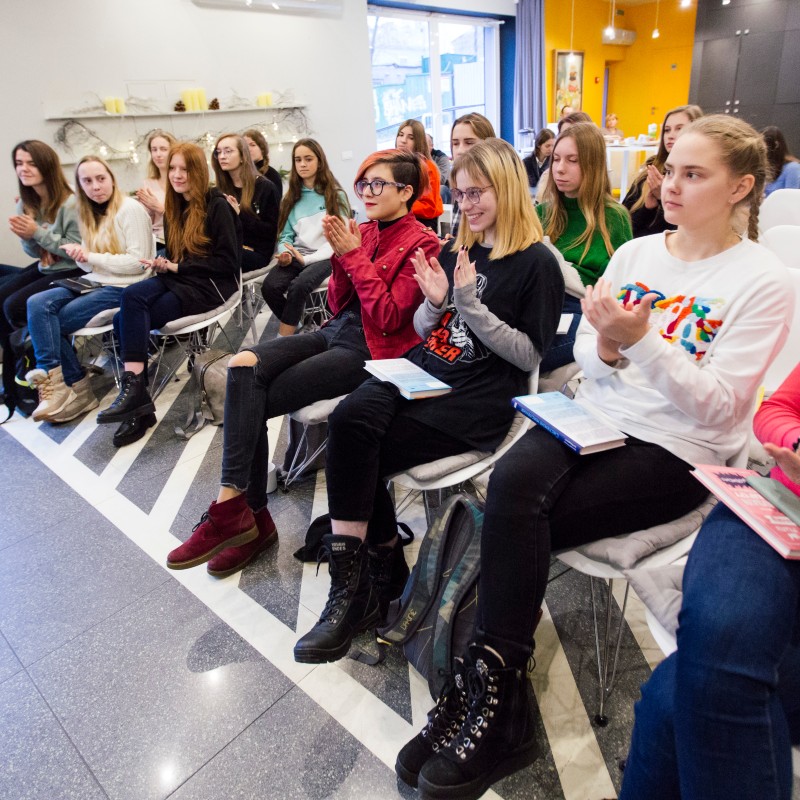 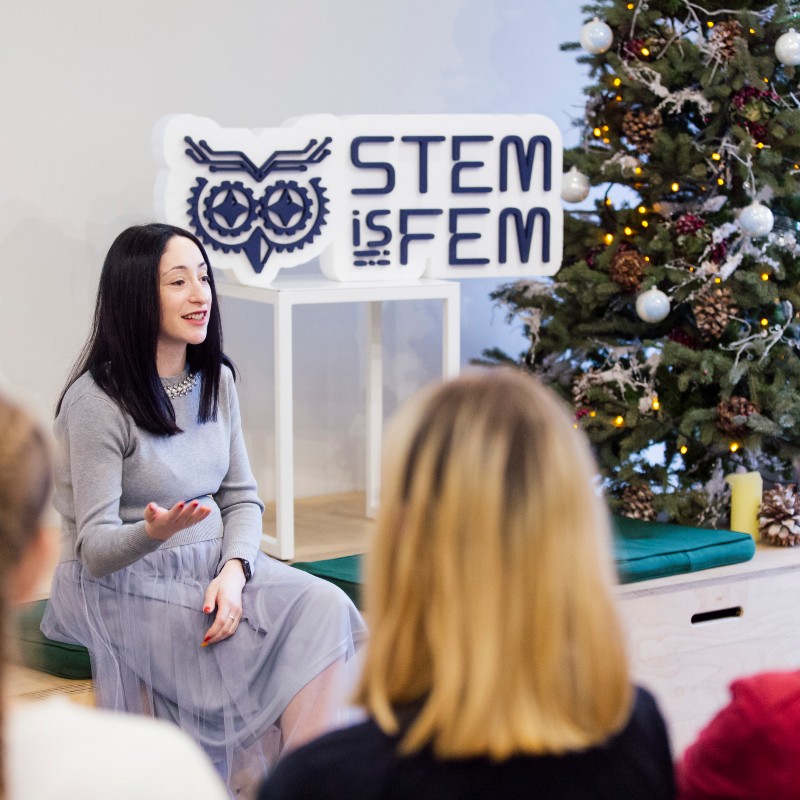 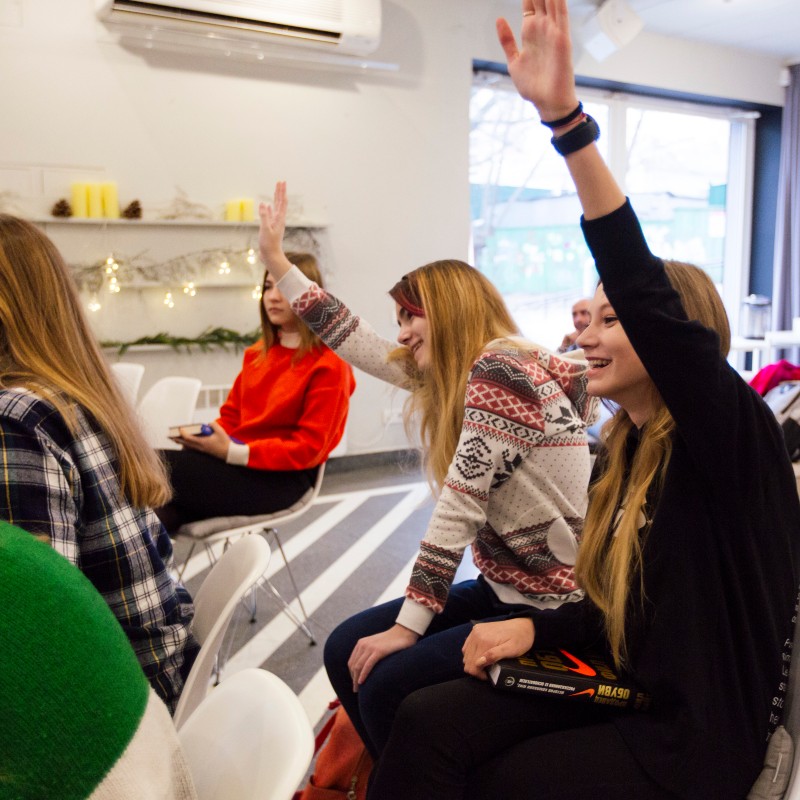 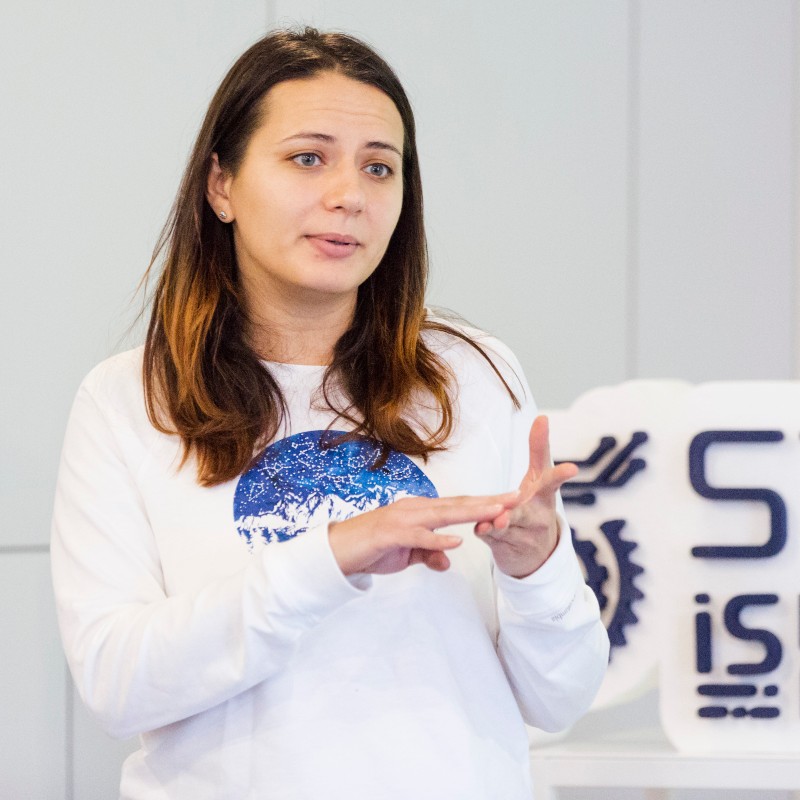 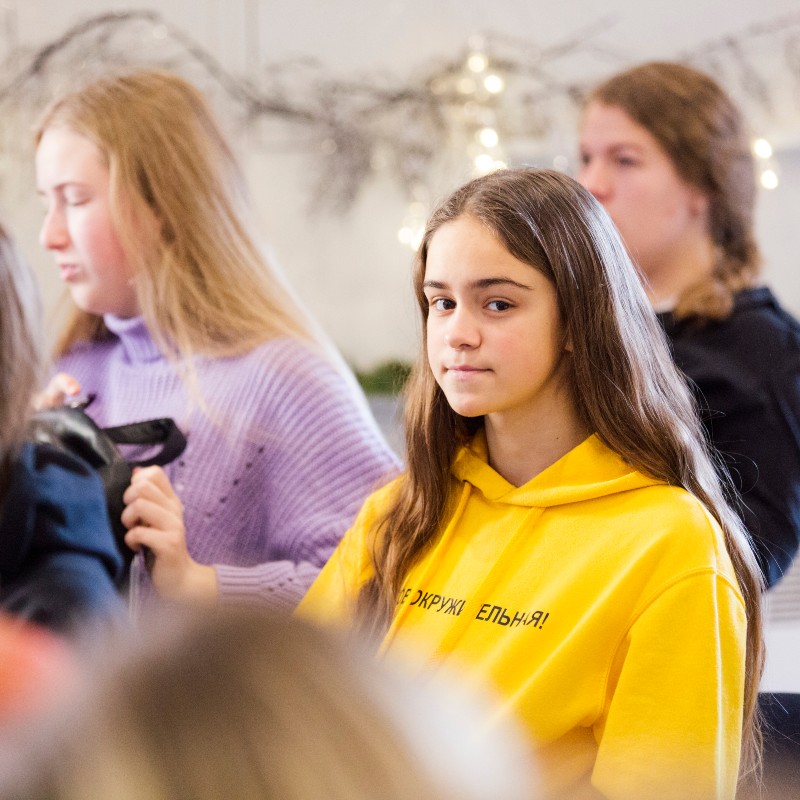 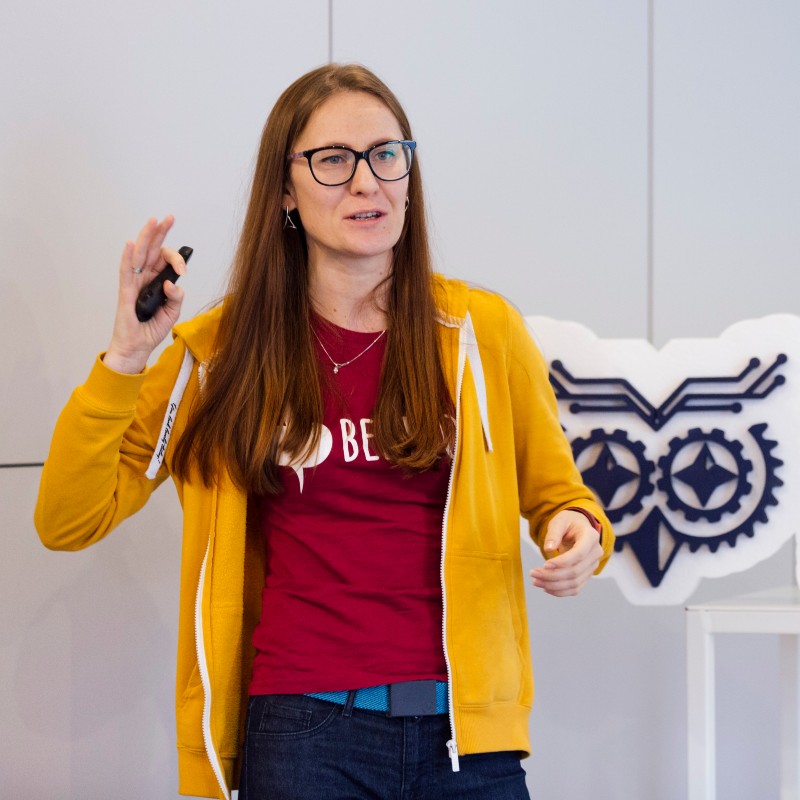 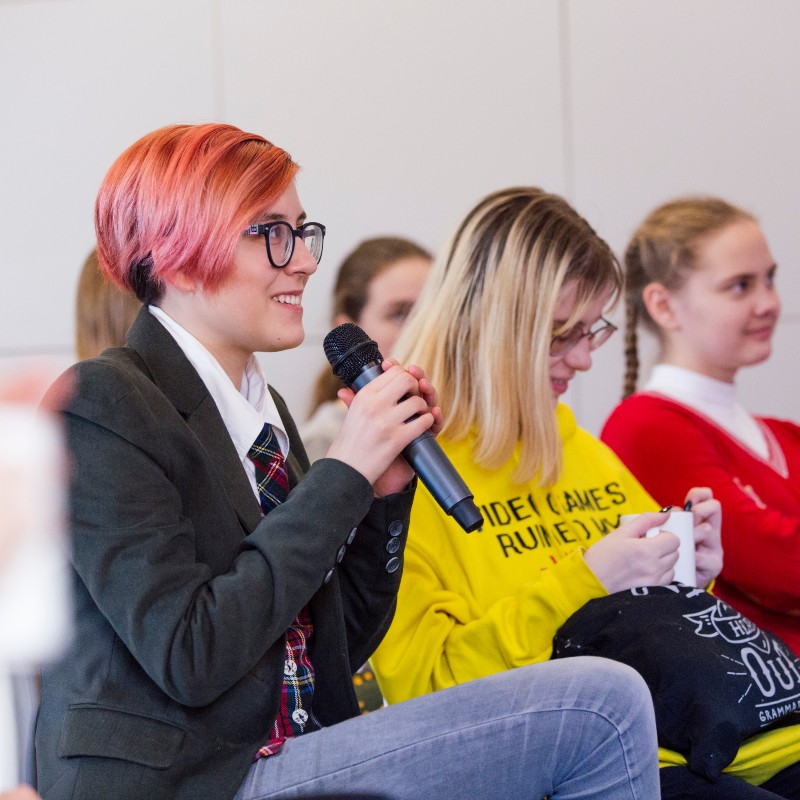 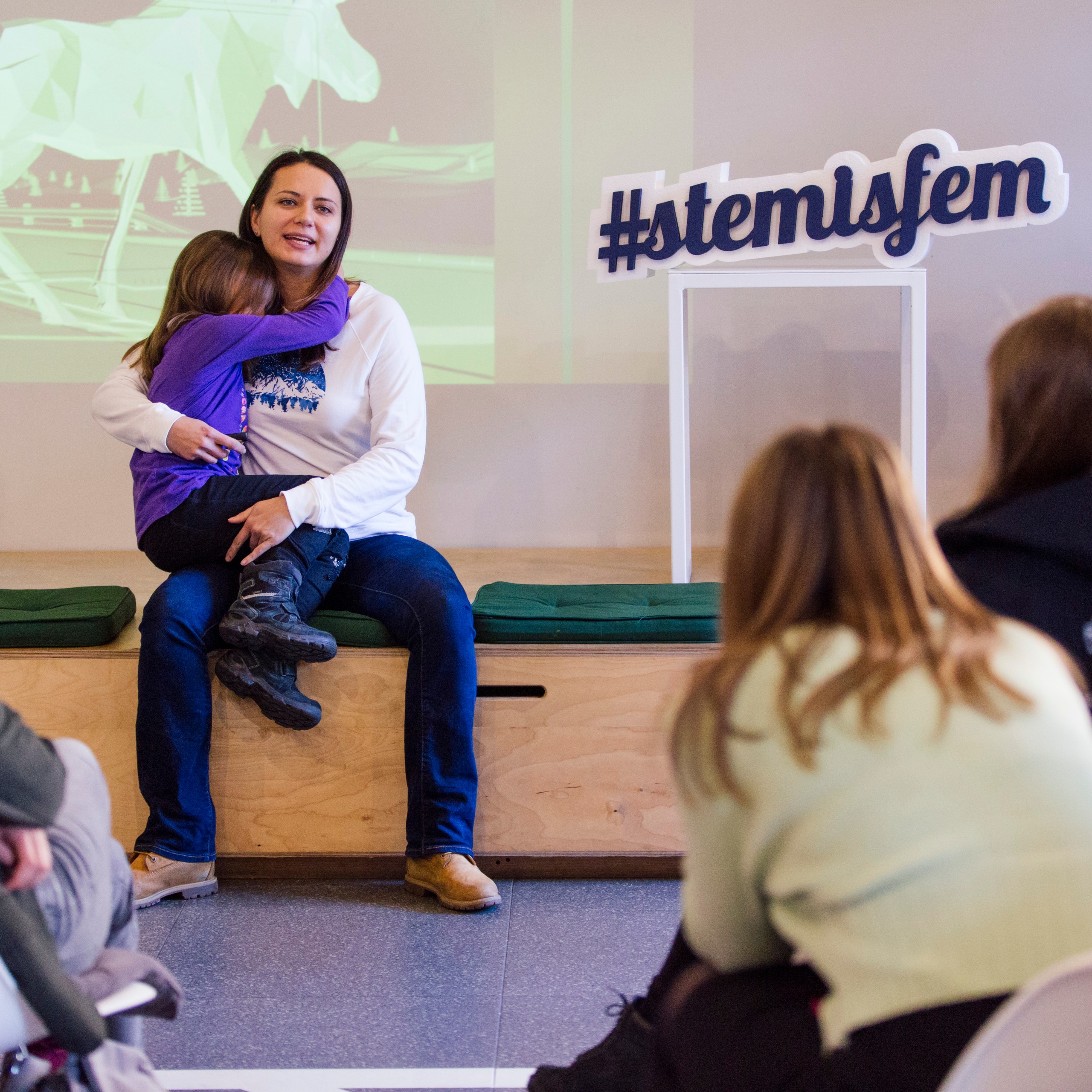 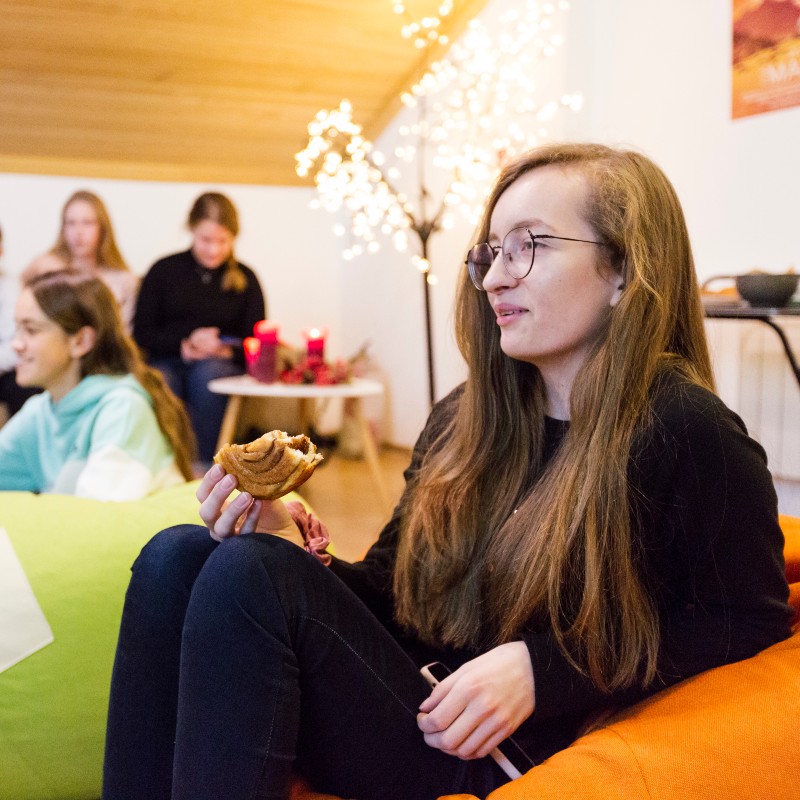 On December 14-15, the second educational module of STEM is FEM project took place in Kyiv. This time, the topic was IT. To participate in the competition, the girls were tested online and selected from among 80 applicants.

During the two days, 23 high school days from all over Ukraine got to the IT field. Among others, they got inspired by the stories of the women in the field. Minister of Social Policy of Ukraine Yulia Sokolovska, People’s Deputy, in the past - Chief Operating Officer in Ring Ukraine Kira Rudyk and Vice President Engineering at GlobalLogic Julia Dubovaya shared their stories of success and answered the girls’ questions.

“I am happy that more women are now choosing IT. At GlobalLogic, we are constantly looking at the proportion of women and men in the company. But we can see that the number of women is now growing. Moreover, if before they used to be mainly engaged in non-technical tasks, now the overwhelming majority are choosing engineering jobs,”

- Julia Dubovaya, Vice President of Engineering at GlobalLogic, is commenting.

“You will often be told in your life, ‘it was always like that, don’t move it, nobody has done it before, it’s historically’. But you shouldn’t believe them! If you feel that something is wrong or that you know how to do better – you should try. The value of each of us lies in the fact that we see what others can’t. And your value may lie in your willingness to act. I always think that if you don’t do it, people will never do it. So, you’d better always give yourself the chance, the opportunity and the courage to do what no one else has done before,”

“Gender equality at work is not a thing that comes up on its own. It’s something that takes a great deal of work. What to do about it? Firstly, support each other. It is very important to give that support and develop it in a team where you work or with which you communicate. Secondly, be an example. The more you talk about your accomplishments, the more women say, ‘Oh, I can also do that!’ This is how women become presidents of huge companies or go to the Verkhovna Rada with a hope that one day a female president will appear in our country,”

On the second day of the module, the girls had a talk with the women working in various IT-spheres and excursions to the offices of technology companies. Nina Levchuk, Industry Head, Pure Play and Startups & VCs at Google, Anastasiya Kharytonova, Google Account Strategist, Viktoriia Taraniuk, Lead QA at GlobalLogic, Tetiana Khriapina, CEE L&D Regional Head at GlobalLogic, and Iryna Zelenetska, Front-End Developer at Beetroot, highlighted the peculiarities of the STEM-related jobs.

“Europe also has a lot to do in many business areas in terms of gender equality. For example, if you take startups and venture capital funds, the percentage of women in leadership positions is relatively small. I don’t think that in all business industries women’s development is that fast. However, I believe that this will change in the future, as there are now many companies investing in STEM-education for women from a very early age,”

In addition, the girls got acquainted with the GlobalLogic cutting-edge office and learned about the company’s interesting projects that the engineers are working on. Most of the participants were surprised by the latest concert music console (for its development, even musicians started studying IT) and the company’s creative space with Van Gogh’s sunflowers and modern hi-fi design. And at the Beetroot office, the girls learned about Swedish traditions in the Ukrainian entourage as well as about the benefits of working in a horizontal structure company.

After the lectures, the girls had a competition. They had to offer a solution on how to implement an online system that offers different data to different people. Fifteen-year-old Veronika Podlesnova from Dnipro coped with the project the best. Already on June 17, she will attend the Webit Festival Europe in Valencia, Spain. This is one of the most important European developments in the IT business. Last year, the festival hosted 15 thousand participants from 120 countries and more than 450 internationally known speakers. Among the speakers of the project were the representatives of the largest technology companies in the world – CISCO, Huawei, Ubuntu, Skyscanner, Amazon, Mastercard, DELL, BMW, BLABLA car, Airbus, etc.

“The STEM is FEM project is very modern and interesting. It gives an opportunity to express oneself, meet new creative people who have succeeded and are willing to share their experiences. This project motivates us to develop, study and improve our skills. It opens up new horizons for the future self-realization. Personally, I was impressed with the project and with the scope of the organization. I want it to further develop and involve more and more participants,”

- commented Veronika Podlesnova, the winner of the IT module.

The other two participants, Yelizaveta Sitnikova and Mariia Scherban were likewise honored and received an annual subscription to online lectures from Projector Online. They received annual access to over 150 lectures on graphic and web design, management and marketing, software development and games. By the way, Yelizaveta is participating in STEM is FEM educational module already for the second time. The previous module was dedicated to Biotechnology, and the girl also took second place there.

“Participating in the project is more than just an experience for me. During the last centuries, women were forced to do science under males’ names. They were doing research, knowing that all the glory would go to their male colleague. Just because otherwise, the discoveries would not be taken seriously. Therefore, the STEM is FEM is an opportunity. An opportunity to express yourself, an opportunity to meet other girls and women who also believe in a world where science has no sex. And although it seems that in two days you will learn nothing, that’s not about the STEM is FEM Project. And if I never knew about the process of authorizing users on the site, then in just one night, I was able to learn enough to even take the prize. It all depends on your own desire and efforts, and the STEM is FEM makes it clear that your efforts are truly appreciated. So, see you during the next modules!”

And the competition for the educational module Energy and Ecology is scheduled for January 2020.